In it for the long haul: Consumers continue prioritizing sustainability—and patronizing retailers who do the same 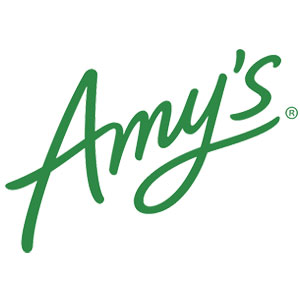 Considering all that consumers had on their plates in 2020, they could be forgiven for setting aside sustainability concerns when making their way through the supermarket. After all, there's little point in calculating the environmental footprint of a bag of bread flour when bags of bread flour can't be had.

But if early analyses are accurate, the upheavals of the past year didn't relegate sustainability to the back burner. Instead, they revealed that we're more connected to the planet than ever—and that the foods we choose (and how they're produced) affect its health as much as they do our own.

That may be one of the shiniest silver linings to come out of a dark year, says Paul Schiefer, Senior Director of Sustainability at Amy's Kitchen. "If we take any lesson from COVID-19—and there are so many to take—one of the most important is our vulnerability to a crisis. Every dollar spent is a vote for the type of future we'll have," he explains. "Food is as precious a resource as the land it comes from. And everyone—consumers, retailers, brands—need to work together to preserve and ultimately heal our planet."

No longer a luxury

The beginning of a potentially devastating recession may seem like an odd time to start thinking about food more sustainably. But even as consumers tighten their belts—69% of Americans surveyed by the Pew Research Center characterized the country's economic situation as "bad"—many still aim to eat, and shop, more mindfully.

That continued dedication tracks with what Jeffrey Crumpton, retail business consultant for the wellness-focused market research firm SPINS, has observed during previous recessions. "Even with economic insecurity, sustainability is still something people are concerned about," he says. "They didn’t abandon their values in the recessions of 2007 and 2008, and they're not abandoning them now."

The lesson: Sustainable shopping should not be considered a luxury, and grocers should stock their shelves accordingly. "The case really has been made that retailers have to be mindful of the products they carry in-store," Crumpton notes. "If they're clued in and connected to their consumers, they understand that, and they're prioritizing sustainability in response."

Amy's Kitchen is among the brands that's working with retailer partners to collaborate on promoting organic and regenerative agriculture, renewable energy, elimination of food waste, fair labor practices and more. "I think it's exciting and promising that we're having these broad conversations," Schiefer says. "It proves we can have an even bigger impact together as an industry than anything we can accomplish alone."

Crumpton agrees. In reviewing SPINS data collected over the past year alone, he sees views of sustainability expanding beyond simple "paper-or-plastic" debates to plant-based eating, third-party certifications and even holistic health, in addition to the concerns Schiefer identified. "It's telling that when people think about their own wellness, they're taking sustainability into consideration too," Crumpton says.

Perhaps that explains why plant-based diets, which were going strong heading into the pandemic, continued to strengthen in the midst of the crisis.

Data from SPINS and the Plant Based Foods Association show that plant-based food sales grew an astounding 90% year over year during the week of March 8–15. In the four weeks after COVID-related panic-buying peaked (March 16–April 19), total plant-based food sales continued growing at a rate of 27%—35% faster than total retail food sales.

Such numbers are a good sign to Schiefer—and not just because many of the plant-based products flying off shelves were likely Amy's-branded. (All of the company's 260-plus SKUs are vegetarian, and more than 120 are vegan.) Rather, he says, "If you're trying to shrink your global footprint, one of the best ways is to eat plants. They require fewer resources to produce and generate less greenhouse gas emissions."

So too is organic farming, which Amy's Kitchen has encouraged since its founding in 1987. "When Amy's began, there was no national certification program for organics, and organic foods were hard to find," Schiefer recalls. "So we supported small, local farms growing the organic ingredients we needed—and as we grew, so did they."

Three decades later, the company is purchasing over 100 million pounds of organic produce annually. "We like to think that by doing so, we not only help keep the organic engine going but make organic foods accessible to more consumers," Schiefer says.

While organic certification may be table stakes in today's sustainability discussion, Crumpton says its move to the mainstream has opened the door to "so many other sustainability-driven certifications like cruelty-free, cage-free, non-GMO and Certified B Corporation status, which means that your business model benefits your employees as well as other social and transparency goals," he notes.

Schiefer sees organics as contributing to those benefits. After all, he says, "Organic farming isn't just better for the earth; it's better for the people working the fields. A commitment to organic ensures that farmers aren't exposed to harmful chemicals or pesticides."

Amy's Kitchen, which recently achieved B Corp certification, commits to its employees in other ways, offering college scholarships to employees' children and running on-site health centers, where bilingual doctors make it easy for the company's workers—as essential now as ever—to access equally essential care. Asked what providing health care has to do with sustainability, Schiefer responds: "In order to heal the planet, we must also heal our people and communities, as one goal cannot be achieved without the other."

"Our goal is to do things the right way," he continues. "And that means doing right by our consumers, our farmers, our employees and our planet. The right way isn't always the easy way, but it's the only way we're interested in."

Get the word out

That's an impressive goal—and one that consumers need to know about if they wish to shop sustainably and reward the brands and retailers that make it possible for them to do so.

Crumpton advises retailers to tout their sustainability efforts via shelf tags signaling local produce or plant-based items in the center store, for example. "It's about demonstrating to consumers the care that goes into curating the product mix, and the collaborations with brands that also hold sustainability at their core," he says. "We see all the time in the data that brands and retailers that keep this core to their business are the ones that succeed."

"Brands and retailers alike have to keep the conversation going—both with each other and with the public," he adds. "It keeps us all honest. And it keeps our missions aligned. That way, we speak to consumers with one voice—the sustainable one they want to hear."

Convenient, plant-based options from Amy's Kitchen provide sustainability-minded consumers what they're looking for, across all dayparts. From vegan and kosher to gluten-, dairy- and soy-free, Amy's Kitchen has a variety of options. For more insights and trends relevant to today's consumer, visit tradeinsights.amys.com.