Smart carts get a charge from Amazon and COVID-19

More retailers are looking at the technology thanks to the pandemic and the online retailer's endorsement, but high costs could stymie a broader rollout, experts caution.

Retailer adoption of futuristic smart carts has so far been slow, with Canadian grocer Sobeys being the only North American chain so far to publicly announce a test of the technology.

But the twin forces of the coronavirus, which has boosted demand for payment options that allow shoppers to skip checkout lines, and Amazon's just-opened brick-and-mortar supermarket in California, which features the much-publicized Dash Cart, has put a charge in retailer interest, smart cart manufacturers say.

“Amazon Dash Cart really went out there and made another proof point to the retailers that hate smart carts that they are the way to go,” according to Lindon Gao, CEO of Caper, one of the pioneers in the smart cart industry.

More retail pilots are on the horizon, said Gao, along with representatives from companies like Veeve and Tracxpoint. And companies are shifting their strategy with the times, in some cases promoting smart carts for use in online order picking.

Getting past the pilot phase, however, is no guarantee considering the high costs, theft risks and other pitfalls that come with smart carts, experts note. Consumers also may not fully appreciate a souped-up version of the shopping companion they've become so familiar with.

"The common consumer may not fully appreciate the technology itself or may not be comfortable enough to fully utilize all of the features," said Sylvain Charlebois, a professor of food distribution, policy and safety at Dalhousie University in Canada, who has researched smart carts.

The novel coronavirus pandemic has accelerated the deployment of programs that help shoppers get in and get out from stores as quickly as possible. And smart cart companies say that's boosted interest in their technology significantly. Gal Gavrieli, customer growth manager with Israel-based Tracxpoint, which began shopping its carts to North American retailers this summer, said that its technology has reduced the time shoppers spend in stores by almost 15 minutes.

Although there are variations to each companies' technology, smart carts allow consumers to skip the checkout while still relying on a familiar shopping tool. Using cameras and machine learning algorithms, the carts recognize products as shoppers place them inside, which is less labor-intensive than scanning each item using one of the mobile checkout platforms that many retailers have installed.

Shoppers can log in at each cart to start using it, and when they're done they exit through a designated area that processes their order. Each smart cart maker promotes the ability to retrofit onto existing stores, offering an Amazon Go-type experience in a supermarket setting.

In addition to its partnership with Sobey's, Gao said Caper plans to scale to more stores for a current client and is gearing up for additional launches with some of the "largest retailers" in the grocery space. In September, it will begin testing its smart cart technology with a convenience store chain.

Veeve currently has pilots at two grocers, with plans to expand to another retailer in California. It is also in talks with two other companies, according to CEO Shariq Siddiqui.

Tracxpoint struck a deal with Italian retailer Conad Del Tirreno in late 2018. Gavrieli says it has a lot of interest in places like Russia, Scandanavia, South America and Australia. It also plans to bring its smart cart technology to a major West Coast retailer in the U.S. later this year.

While the coronavirus has boosted demand for smart carts, Gavrieli says it is stunting implementation. Travel restrictions in Israel have kept Tracxpoint's team from installing its systems in grocery stores abroad.

“This type of system requires some work, some infrastructure and a lot of integration with a retailer, and you cannot do all this by long distance," said Gavrieli, noting that implementation involves installing 50 to 100 ultra-wide lens cameras around the store to track customer’s movement. "You have to actually do it in the store for training. We have the demand, but technically we can't provide it.”

Veeve, founded by former Amazon and Google employees, has had a similar experience. Siddiqui said that as soon as COVID-19 hit, two retailers in Seattle put their pilots on hold, saying they couldn't afford the technology and that other projects were taking priority. However, both recently resumed their tests due to consumer demand.

Siddiqui said Veeve shifted its strategy by pitching its carts as a way to help employees pick online orders. The cart's sensors can plug into customers' apps, letting shoppers know when their groceries are ready. He said Veeve's carts could also be used to fulfill partial orders for consumers before they come to the store.

"Think of an experience where you buy 20 items online and when you walk into the store those 20 items are already in your cart and you can head to the produce aisle," said Siddiqui. "Just as the Amazon Dash Cart is built to get people into the Amazon online ecosystem, we're kind of doing the same thing, but in a reverse way."

For all the magic smart carts promise, cost remains a top barrier for adopting and scaling the technology. A typical smart cart typically costs upwards of $5,000 and can be expensive to maintain, especially considering the low margins of 1.5% to 2% in the grocery space, according to Charlebois.

Gao with Caper said that while his company's carts can be pricey, they are much cheaper than all the hardware and software that comes with implementing an Amazon Go-style cashierless experience.

Gavrieli said Tracxpoint's hardware is designed to fit onto a grocer's existing carts, allowing the company to use lower-cost hardware compared to other carts on the market. The company's business model is also a pay-per-transaction fixed fee. Every time a customer takes a cart, the retailer pays between 50 cents and $1.20, depending on the partnership arrangement and the size of the cart, Gavrieli explained. Large carts might need six cameras, which ups the cost of implementation, while smaller carts might only need two, said Gavrieli.

The company assumes each cart will be used five to 10 times a day.

"Every time someone takes a cart, they're going to buy something," said Gavrieli. "The average basket in the United States for Costco, it's $120. For Walmart, it's about $80. For Albertsons, it's about $50. So it makes sense for them to spend such amount for every transaction to get all these benefits: data mining, quick check out, autonomous activity."

Another worry is how the carts stand up to wear and tear, as well as customer treatment. Traditional grocery carts take a beating over years of use and eventually have to be replaced. Charlebois said smart cart makers have to prove their screens, cameras and other systems will stand the test of time, and that replacing any components won't be prohibitively expensive.

He also said carts could be a risk for theft, given their pricey hardware and the ability to roll them out of stores.

To combat theft, Gavrieli said Tracxpoint only allows a customer to take a cart after logging in with their unique identification, which could be a credit card, loyalty membership card, unique ID via SMS, driver's license or the retailer's mobile app.

“I think they know that the retailer knows that they took a cart [and] therefore, will treat the cart differently by not abusing it," said Gavrieli.

Besides reducing friction at checkout by allowing customers to skip the line — a process retailers have struggled for years to make seamless, said Charlebois — smart carts could help retailers influence shopper behavior in real-time and promote specific products, a feature Amazon Go doesn't have.

“For example, if they put flour in their cart, you may want to encourage a customer to go after a product with a higher margin,” Charlebois added.

Tracxpoint transfers a customer's prepared shopping list to the cart and tailors its coupons accordingly. Veeve allows customers to view their past orders, as well as personalized deals and coupons.

Chris Walton, a former Target vice president who is now the co-CEO of OmniTalk, said that carts could also be used to put products back on the shelves at the end of the day, as well as track how store employees stock the shelves and how inventory moves.

In addition, the technology promises to reduce theft in the grocery store that often occurs at self-checkout stations. Gavrieli said Tracxpoint has tracked more than 50 million shopping cart transactions over the past year and has been able to reduce theft at one of its retail partners from 50% of transactions per year to 2%.

But Walton still thinks there’s a lot of room for innovation, especially because many of the carts have intensive hardware requirements, including the ability to withstand extreme temperatures and the expected wear and tear from being bumped into walls, cars and other carts.

The Amazon effect on the smart cart scene

When Amazon Dash Cart entered the smart cart scene in July, Gao said the news shook his team because they realized they’d be competing with Amazon.

“I think it's inevitable that there's going to be competition,” said Gao. “Imitation is the best form of flattery. But I think Amazon’s biggest Achilles heel is that it’s Amazon.”

While Amazon hasn’t explicitly said it would enterprise its Dash Cart technology to other retailers, experts have speculated it will eventually do so. The Wall Street Journal reported earlier this year that the company wants to sell its Go cashierless systems to other retailers.

“I don’t see any retailers using Amazon’s smart carts when other options are also available in the market for testing,” said Walton. “Data would be a concern, but so too would be just giving Amazon one more source of income.”

"A lot of people told us that the shopping cart is just a transitional portion to the ultimate Amazon Go experience and I often tell people, ‘No, that’s not the case.' You could make a technology that is right, interesting and cool, but really bringing it into mass production at large scale, is a different question."

Experts like Walton speculate that Amazon's entry into smart carts stems from its inability to scale its Amazon Go system. The largest store that utilizes that technology, a Go Grocery location that opened in Seattle in February, features a 7,700-square-foot selling floor.

Charlebois said the Amazon Go infrastructure is overwhelming and in order for a retailer to implement it, millions of sensors need to be installed and the entire store would have to be reconfigured.

"A lot of people told us that the shopping cart is just a transitional portion to the ultimate Amazon Go experience and I often tell people, ‘No, that’s not the case,’" said Gao. "You could make a technology that is right, interesting and cool, but really bringing it into mass production at large scale, is a different question."

While the industry could potentially see many new smart cart companies enter the scene and new advancements in the technology due to the demand from COVID-19, there’s far more implementation of scan-and-go technology across the grocery retail landscape, Walton explained.

There are also many concerns that haven’t been addressed yet, including the right design of the cart and whether it can handle all the items through the grocery store in ways that make sense to the customer, he added.

"There's some early piloting going on, but we don't have anything at scale where we know for sure that that can be done in a way that consumers are going to accept it or that it's viable for consumers," Walton said. 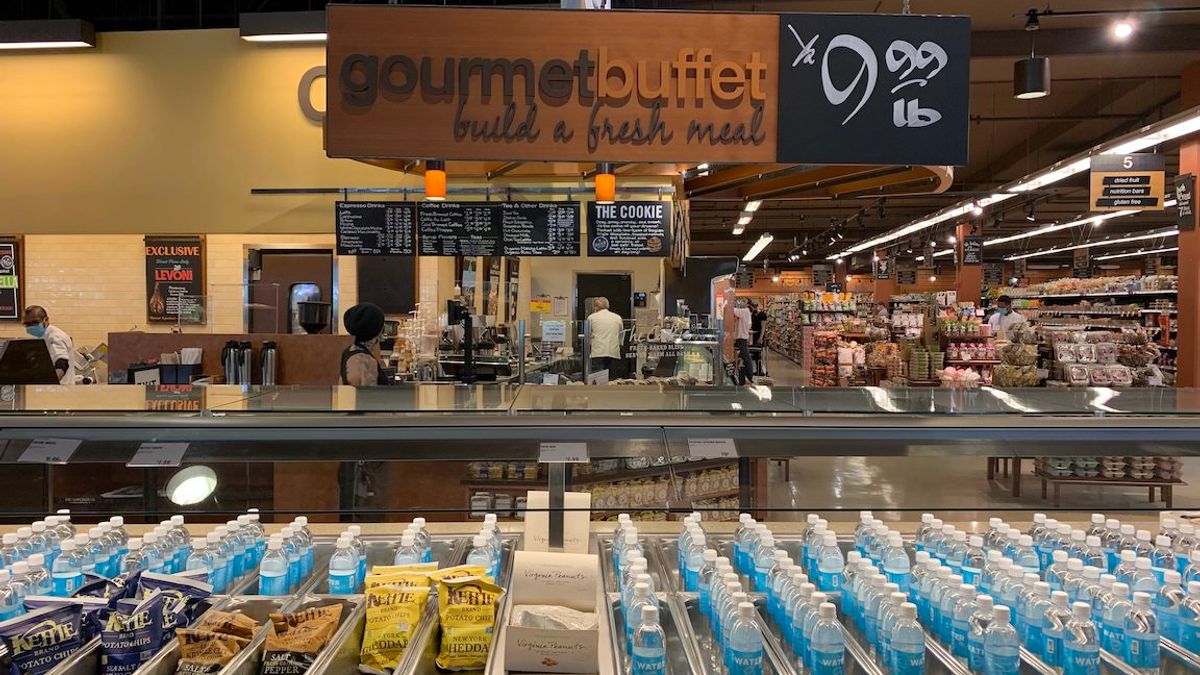 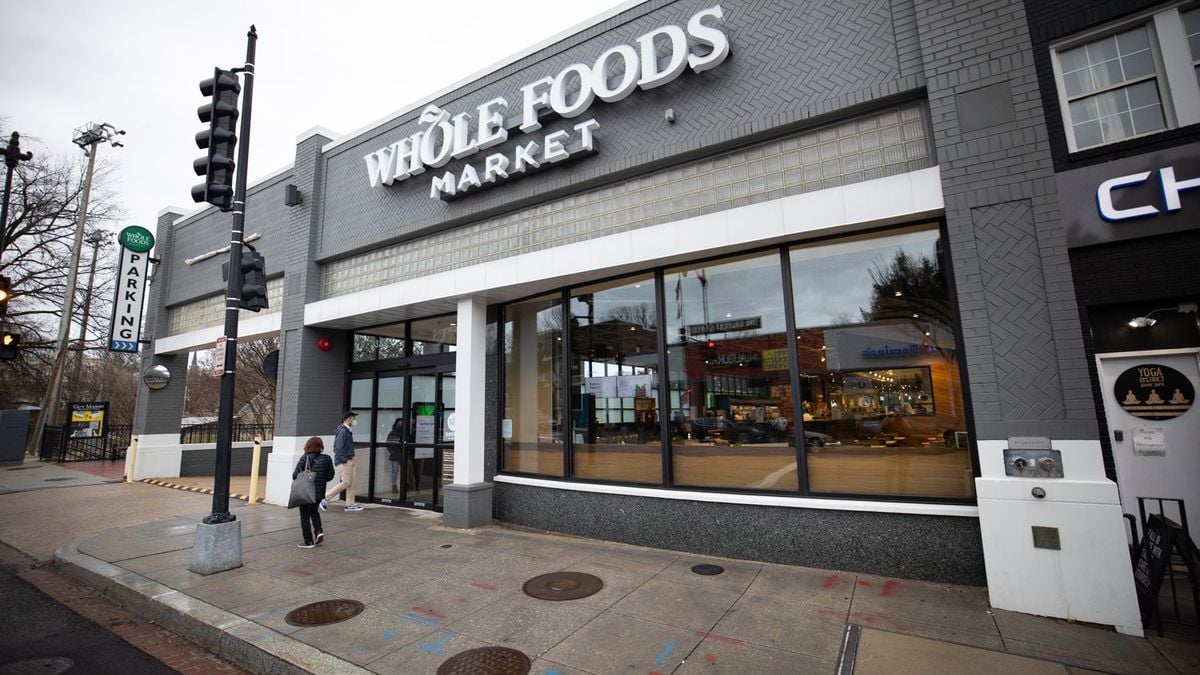 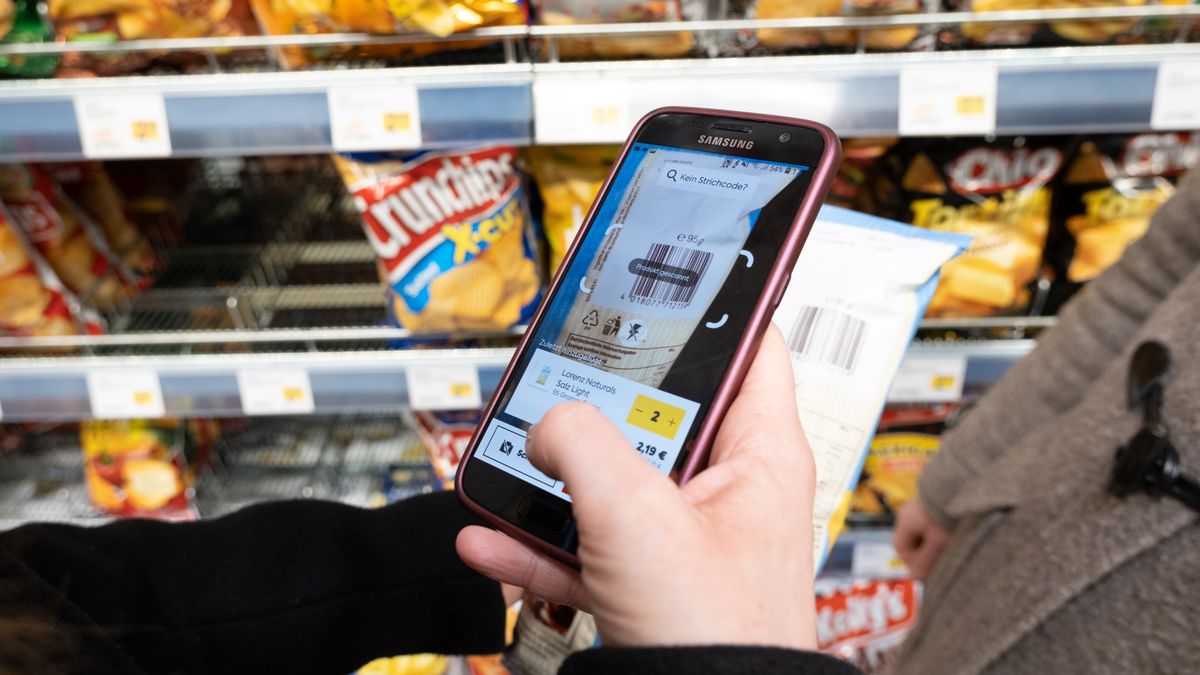