How serious a threat is Amazon's new grocery store?

With new details emerging along with a confirmation from the company, experts weigh in on how the forthcoming chain might unsettle established retailers.

Amazon’s new grocery chain is no longer a vague concept subject to speculation. Slowly but steadily, the idea is taking shape.

While the company's previous efforts in grocery have centered around e-commerce and Whole Foods’ brick-and-mortar stores, the new reported chain, which will open its first store in a Los Angeles suburb in 2020, is different.

It will have lower prices than Whole Foods. It could sell mainstream products like Cheetos and Coke. And it will utilize traditional checkout stands.

And it will be run by a company with access to troves of customer data and millions of tuned-in Prime members.

"This new Amazon grocery format represents an opportunity to go beyond what they’re doing at Whole Foods to attract more of a mainstream shopper who wants to buy beyond organic and natural, and they want to see their top favorite brands that they’re used to purchasing," Rachel Dalton, director of e-commerce and omnichannel insights at Kantar, told Grocery Dive.

Separate from its future brick-and-mortar grocery banner, Amazon has seen continued growth in grocery sales, both online and through Whole Foods.

According to a new report from Packaged Facts, the share of consumers who have purchased from Amazon has risen from 2016 to 2019. This is due, in part, to the growth in Amazon usage overall, which is up 28% during the period.

However, the data shows extensive overlap between people who buy groceries from Amazon and people who buy from other traditional supermarkets like Safeway, Sam’s Club, Albertsons, Trader Joe’s and more. For example, nearly 38% of Albertsons shoppers say they also ordered from Amazon in 2019.

This begs the question, if Amazon offers more brick-and-mortar stores, will shoppers shift over to Amazon — enticed by the online promotions they will undoubtedly receive — or will they stick with a traditional grocer they’ve shopped before?

Research from Kantar found the connection between Amazon and Whole Food has generally been positive, particularly among Prime members, which Dalton said includes 50% of all U.S. households today. Prime members see extra value in their memberships with the discounts and deals from Whole Foods, and in general they feel more positive toward the company.

"I would anticipate that they would be able to translate that success to the new store format as well and attract their online base of shoppers to shop at their new store," Dalton said.

Not an immediate threat

While it’s easy to assume the new store will be a notable threat to even the biggest players like Kroger and Walmart, Jon Reily, head of global commerce strategy at Publicis Sapient and a former Amazon executive, believes the new chain will not pose an immediate threat.

"Traditional grocers have benefited from the fact that people have dealt with their brands for generations, and grocery is largely influenced by proximity," Reily told Grocery Dive.

Grocery is a notoriously low-margin business, he said, and legacy players have honed the ability to make a profit off of that low-margin business over the course of decades. Amazon, on the other hand, is entering the space with limited knowledge.

"To be really competing with the Walmarts and Krogers of the world, I think they realize they need a brick-and-mortar space."

Additionally, Dalton said while Amazon’s online penetration is high for grocery shopping, it’s not yet a leader in grocery or a go-to in the space. Rather, Amazon is seen as one of many options and used more for fill-in trips.

"To be really competing with the Walmarts and Krogers of the world, I think they realize they need a brick-and-mortar space," Dalton said.

The bigger threat, according to Reily, is what Amazon’s entry into the grocery space will do to consumer expectations of their grocery store. "I do think Amazon will put a little bit of the Amazon flavor into that experience," he said. "It remains to be seen what that will be but as with all things Amazon touches, expectation is the biggest result."

While Amazon has indicated its new chain will mimic a more traditional supermarket, it still has plenty of opportunities to change in-store shopping and raise the stakes for other grocery stores. In-store experience is already a constant concern for brick-and-mortar retailers, and something companies address on a daily basis.

"There’s definitely going to be an Amazon spin, it’s just a matter of what that is," Dalton said. "I think it could be more around personalization, definitely an elevation of fresh given their strength in fulfillment."

The potential of click-and-collect

If there’s one spot where Amazon’s physical grocery presence could upset the success of traditional grocers, it’s click-and-collect. This has been a tool for brick-and-mortar retailers to elevate their e-commerce operations and leverage their traditional footprint to remain relevant in online grocery.

The report said physical locations are "back in vogue," and Amazon’s purchase of Whole Foods gave it 500 brick-and-mortar locations. While the report notes the specialty chain's limited footprint hasn’t allowed Amazon to become a notable threat in click-and-collect, the addition of more locations could change the company’s momentum.

"This physical expansion is likely just the start of a broader effort," the report said, noting that Amazon could use its core competencies in e-commerce, Prime Now and Whole Foods to make a strong run at pickup.

Dalton said it’s unclear how Amazon would work click-and-collect into its new format, but she expects the company will incorporate it in some way.

"Click-and-collect is huge," she said.

Amazon plans to employ conventional checkout at its new store, an interesting move for a company that can list Amazon Go as its brainchild. But that technology is not created to scale to a large format supermarket or big baskets, and it excludes customers who can only pay in cash.

Reily said the Amazon Go-style experience puts a fair amount of burden on the customer, requiring them to download an app, add payment and more, which makes it more difficult to shop. Conventional checkouts, he said, are the right way for Amazon to create a traditional experience and then gradually add a more tech-based experience.

The key is to get people interested in the fact that Amazon has a new grocery store, without overwhelming them with new technology, he said.

Dalton said that while Amazon doesn’t have plans to incorporate Go technology initially, she thinks it might be used in future locations depending on how many stores they have, how big they are and where they’re located. One possibility is to use it in attached convenience stores or grab-and-go spaces that would be part of the larger grocery store.

Amazon is notorious for its ambitious goals and industry disruption, but in grocery, Reily said the company has taken a fairly measured approach.

“I do not think their goal is to dominate the grocery industry,” Reily said, noting if they wanted to be the dominant player, they could easily purchase more grocery chains.

Still, building a brick-and-mortar grocery store a logical move for the digitally-native giant, Reily said. A traditional supermarket format gives the company access to a set of customers — and their data — it doesn’t currently reach through Whole Foods or Prime memberships, which tend to draw more affluent customers.

"Everybody's got to buy milk. Everybody’s got to buy cereal. So that gives Amazon access to a marketing cohort that it doesn’t really play with to today," Reily said.

"Their goal is not to make a profit in grocery … Amazon has another reason for doing this, which I suspect is marketing data.”

But rather than use this to turn a profit in grocery, Reily said Amazon can tap into this new customer base to grow its advertising empire, to better inform how to reach customers digitally, and to learn how to run a brick-and-mortar sense business — something that competitors like Walmart and Target have been doing for decades.

"Their goal is not to make a profit in grocery," Reily said. “Amazon has another reason for doing this, which I suspect is marketing data.”

More details will emerge once the first Amazon grocery store opens, but regardless of how it unfolds, Dalton said the traditional players are watching.

"I would imagine key grocers — Walmart, Kroger, Albertsons, are all watching very closely and I think they would expect that to be a serious competitive threat," she said. 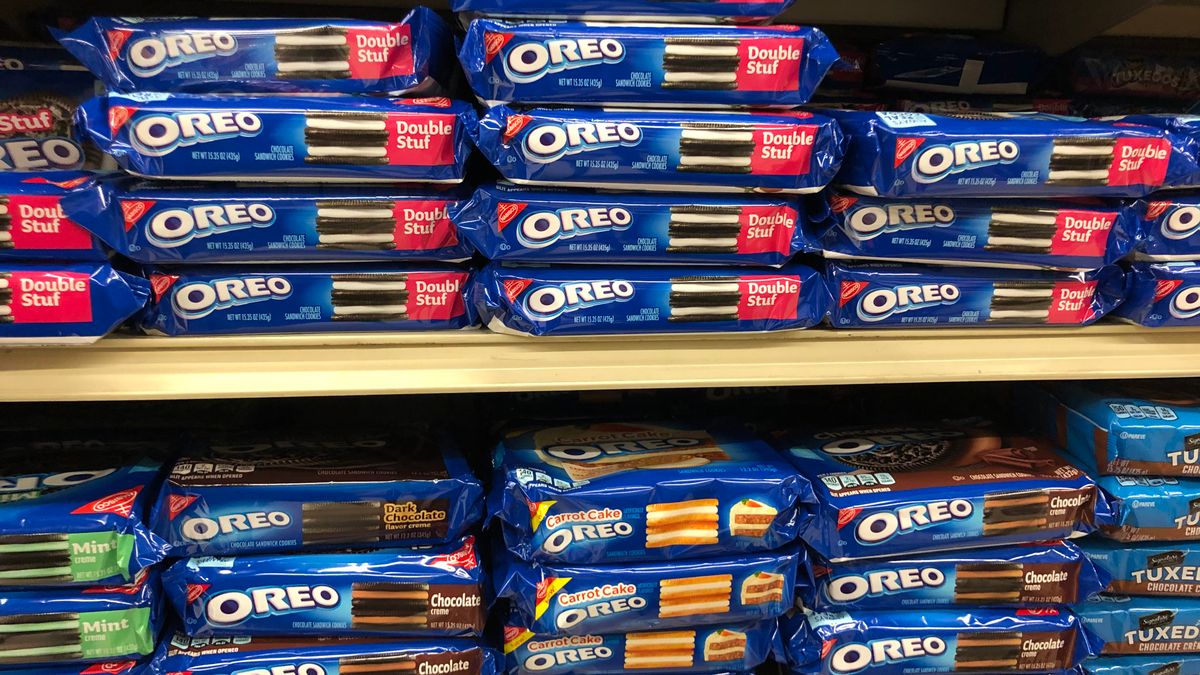 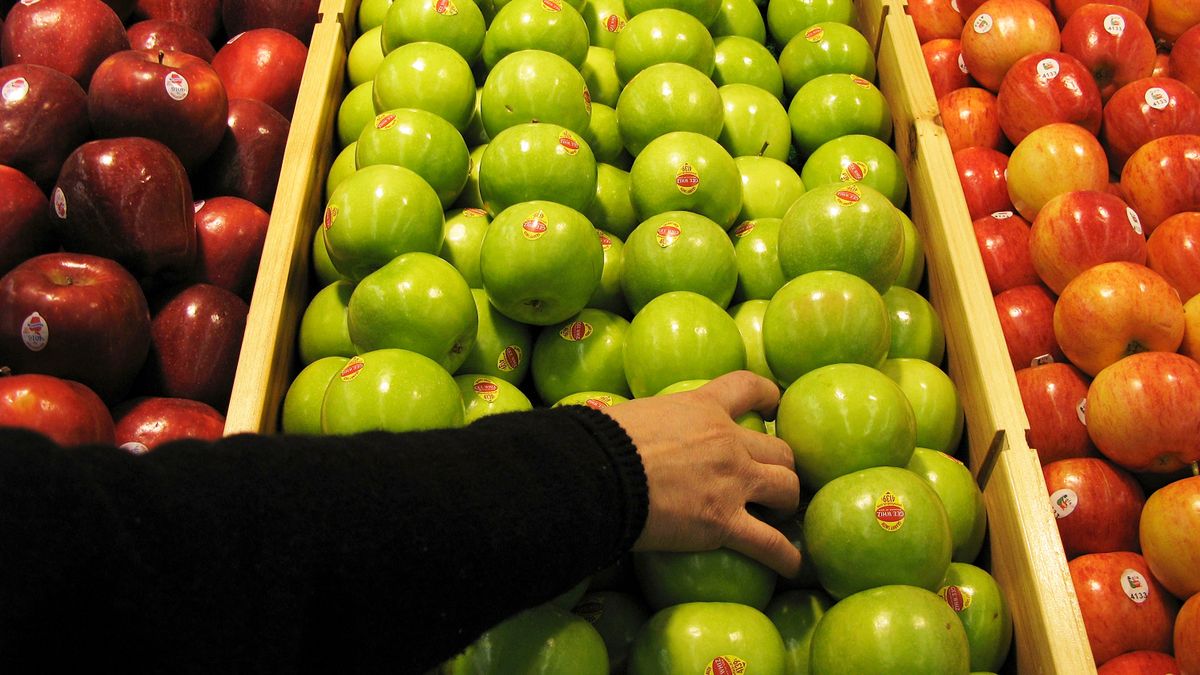 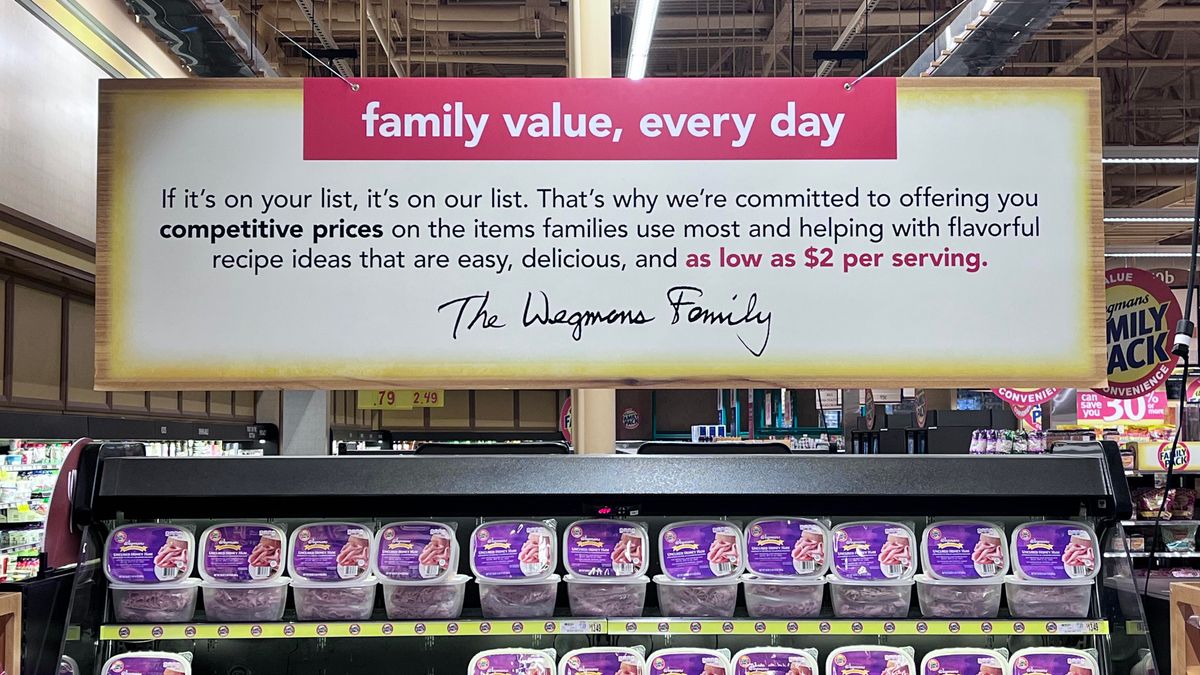 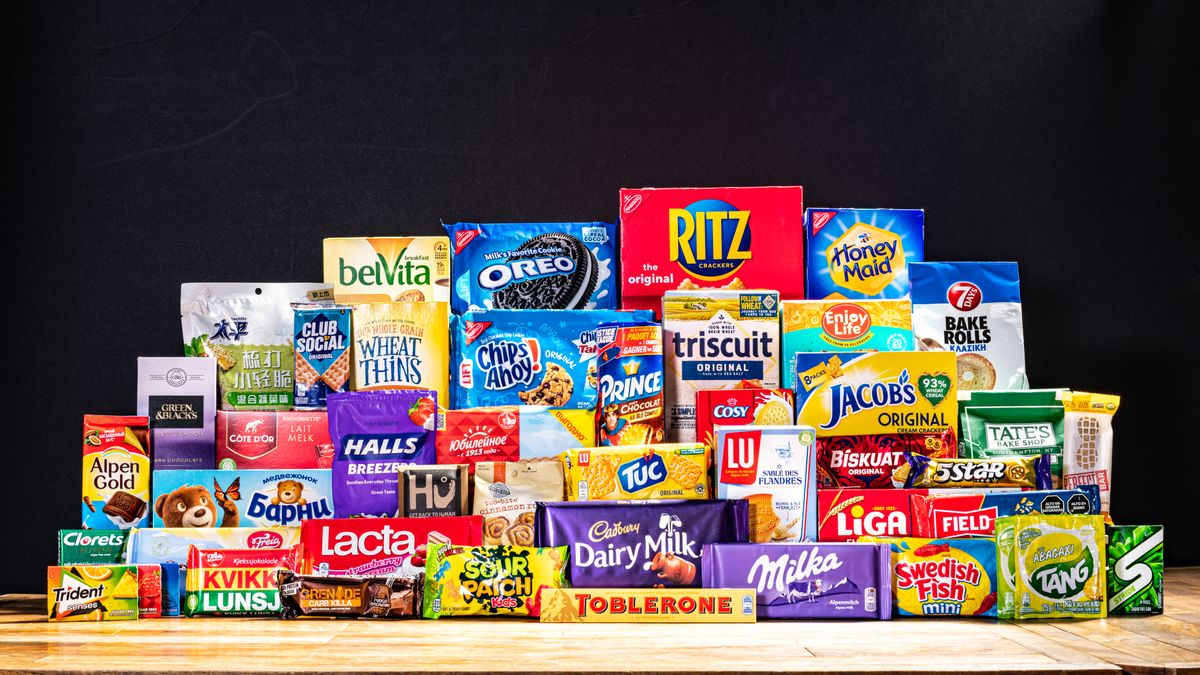 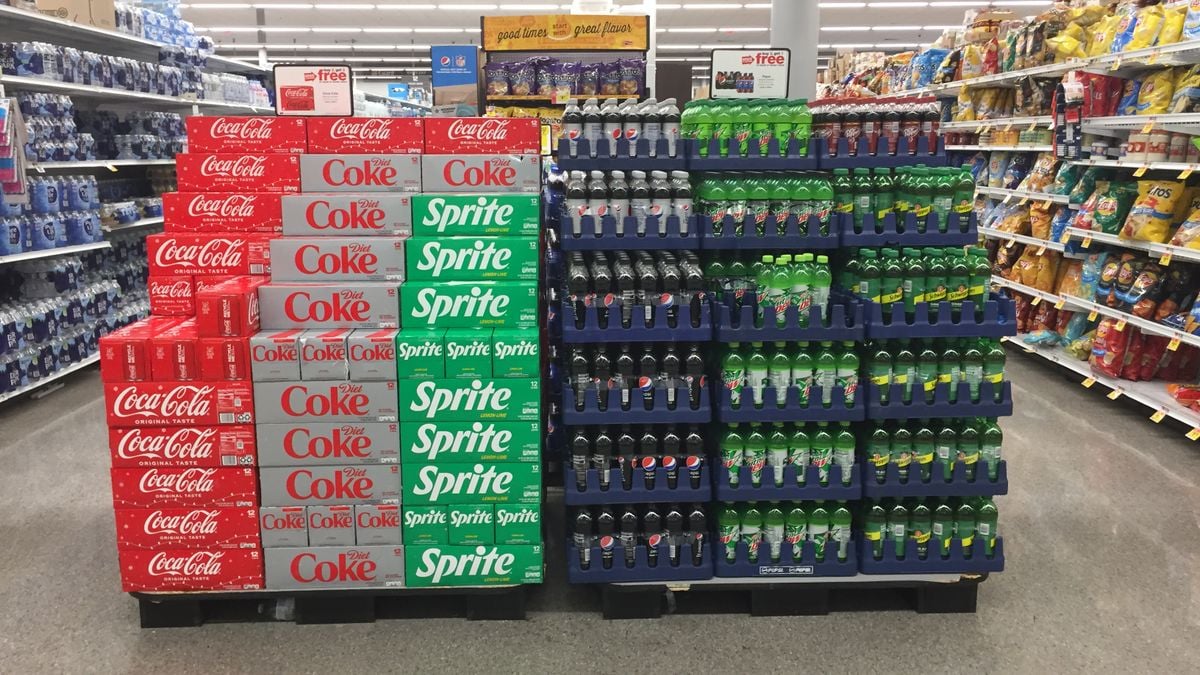 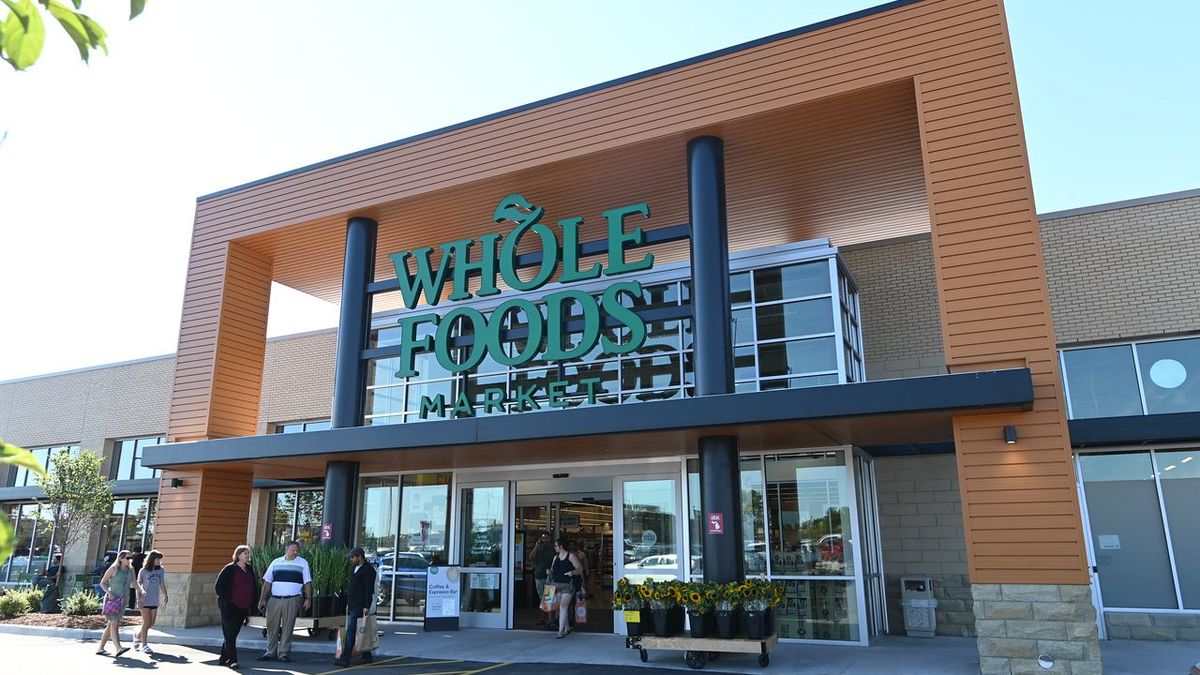 View all | Post a press release
Storewise And TRUNO’s Official Partnership Offers Enhanced Operational Control to Retailers
From Storewise
Foodarom Takes Flavor Innovation to New Heights with its 2023 Flavor Trends
From Foodarom
FLEXcon Launches the Next Generation of FLEXcon® PRISMcal® Prismatic Films
From FLEXcon Company, Inc.
Editors' picks
Latest in Center store
Industry Dive is an Informa business
© 2023 Industry Dive. All rights reserved. | View our other publications | Privacy policy | Terms of use | Take down policy.
Cookie Preferences / Do Not Sell