Fresher than Amazon? How grocers can beat goliath 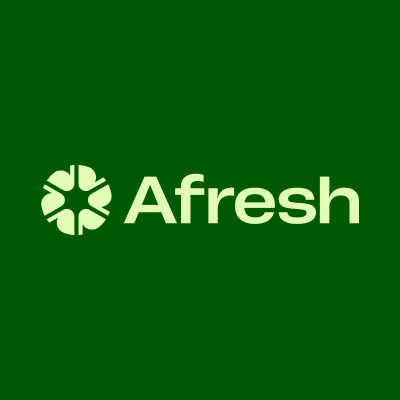 Most grocers fear Amazon is out to eat their lunch. After all, the e-commerce titan leveled the retail book industry and swaths of stores. It's no surprise that since the 2017 acquisition of Whole Foods and the launch of its own Amazon Fresh grocery stores, industry critics have projected the demise of brick-and-mortar grocers.

While grocers have wisely scrambled to address this threat, they might be surprised to learn they actually have several advantages over Amazon. And it starts in the fresh departments, says Matt Schwartz, CEO of Afresh, which uses artificial intelligence (AI) to help fresh teams manage their inventory more profitably, minimize waste, and delight shoppers with the freshest food.

"Fresh is the strategic heart of the grocery industry, where customer loyalty is won and lost. And given the size of the fresh category, you have to be profitable in fresh to be profitable holistically," Schwartz contends. In fact, although it sounds audacious, he believes in grocers' potential to not only defend themselves from Amazon, but even to beat them despite their technological sophistication. Intrigued? Here's what you need to know.

What you have that Amazon doesn't

Schwartz's assertion is based on two key assets brick-and-mortar supermarkets have.

1. You have experience running a grocery store.

While Amazon started its online fresh category, Amazon Fresh, in 2007, it's safe to say its success has been nebulous, with multiple markets shut down, which is likely what sparked its interest in buying the existing Whole Foods chain. "It should be incredibly validating to the future of brick-and-mortar grocers that Amazon had to buy a physical grocery chain when they had never done that before in other retail categories," Schwartz says.

He recommends supermarkets leverage their hard-won capabilities and resources, including their existing footprint in desirable real estate and familiarity with their brand. "In addition grocery stores have forged a solid supply chain comprised of strong relationships with growers and distributors and incredible connections with their local communities," Schwartz notes. "While everybody recognizes Amazon, they don't have that same affiliation."

Finally, grocery stores are adept in managing a retail workforce—something they've done for decades, while Amazon has primarily only had to oversee a warehouse or distribution center setting. Schwartz continues, "Supermarkets can be better than Amazon at managing labor effectively, especially when they deploy cutting-edge retail-level tools. Amazon historically has built a ton of supply chain technology, but none for customer-facing stores."

One of the key reasons grocers have been insulated from the competitive threat of Amazon is because succeeding with fresh food represents a strategic barrier. And as grocers innovate with technology designed to offer better products and services, they're realizing fresh is no exception.

"As tech-forward as Amazon is, they are just as early in developing fresh-specific systems as other brick-and-mortar grocers," Schwartz says. "That's where Afresh's system can be a key differentiator, as it enables forward-thinking grocers to simplify and perfect the laborious and complex task of ordering and maintaining produce inventory."

Whereas historically store operations, merchandising, distribution center-level ordering and other functions were manual and disjointed, Afresh, powered by cutting-edge AI, is built specifically for fresh departments to help them with their daily inventory, ordering and floor-monitoring workflows.

"Even a technologically sophisticated organization like Amazon with its significant resources is forced to grapple with the same issues as other grocers," Schwartz says. "Afresh presents an opportunity to innovate in a space where you can be a first mover."

It's hard to fathom that a brick-and-mortar store has an online advantage over Amazon, but Schwartz maintains it's there. Given that its pedigree was built on assembling orders with non-perishable products out of distribution centers, Amazon lacks expertise and experience in fulfilling fresh out of a distributed network of retail stores.

Today all grocers are on a level playing field, with Amazon also in the early innings of figuring out how to do online delivery for fresh items out of physical stores. "That gives grocers the potential to eclipse Amazon by being the best at online fulfillment," he says.

But that success relies on using technology designed to ensure that the stores and supply chain are capable of meeting online demand, which is challenging for those who still rely on manual processes. "Without a digital understanding of inventory, it's impossible to optimize your omnichannel fulfillment," Schwartz says.

Think how disappointed shoppers will be when they are presented with the chance to order organic bananas because the system thinks there are 10 bananas in stock, when there actually are none. There's no faster way to turn off a customer than to present them with an empty shelf or a notification that the produce they wanted was out of stock.

"This competency of digitizing and injecting technology into operations and supply chain decisions around inventory, ordering and forecasting is a critical enabling factor to make e-commerce and online ordering work effectively for grocery stores," Schwartz says.

Fresh is the future of grocery

By emulating Amazon's technology-forward approach, grocers can improve their capabilities to beat their rival at its own game through deploying modern fresh-first technology built specifically for grocery infrastructure.

"The key lies in doubling down on those existing assets and operational competencies," Schwartz says. "Grocers can capitalize on their existing advantage and go from being better in fresh to being world-class in fresh, and fresh-first technology will get them there."