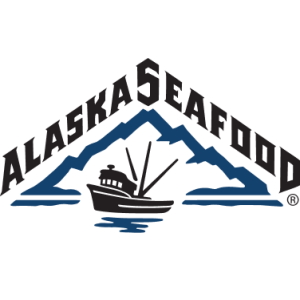 In-store demonstrations have proven to be a valuable tool that can drive big gains in sales of wild-caught sockeye salmon from Alaska.

“Our record for frozen sockeye [sides] was set 10 years ago with 12 cases — 20 pounds each, or 240 pounds — sold during a lobby demo at a Kroger in Atlanta,” Monahan said.

During the demonstrations, called Chef Selling Events, he prepares dishes using both thawed and frozen salmon to demonstrate how easy it is to cook, as well as how good it tastes. He also hands out Alaska Seafood Marketing Institute recipe cards and handouts that have QR codes that link to cooking videos like this one, so people can follow along as they cook at home.

With its bold color and flavor, firm, smooth texture and strong nutritional profile, sockeye salmon from Alaska features the attributes today’s home cooks are seeking for themselves and their families. A 3-ounce portion of sockeye salmon includes 23 grams of protein, 3.8 micrograms of Vitamin B12 and 4.2 micrograms of Vitamin D, according to the Alaska Seafood Marketing Institute

Sockeye salmon can also easily be prepared at home in a variety of ways. It can be broiled, baked, grilled, sautéed, smoked roasted, steamed, or prepared as sushi or sashimi. Because of its high oil content, sockeye salmon is also difficult to overcook.

“The brilliant red hue of wild sockeye salmon holds its color even after cooking, making it the star of any dish,” said Monahan.

Among the keys to a successful cooking demonstration, he said, is featuring chefs that can teach customers, in an informative and friendly way, how to cook the salmon.

“Chefs USA is very selective about who we place in the stores,” he said. “All chefs can cook, but only a few can sell.”

Monahan said retailers can also convey the attributes of sockeye salmon using point-of-sale materials from the Alaska Seafood Marketing Institute. For refreshed product in the seafood case, ASMI provides in-ice signs that have key talking points on the back to help employees sell product to customers.

In addition, ASMI has an online education program called Alaska Seafood U that can help staff learn about Alaska seafood, such as sockeye salmon and share with shoppers.

Chefs USA sets up POS materials at every in-store venue where its conducts a demonstration, Monahan said. It has also distributed Alaska Seafood baseball caps and other promotional items that are often used by retail seafood department workers for months or even years.

Salmon overall has remained the top-selling variety in supermarket fresh seafood departments, according to data from IRI. Dollar sales were up 8.3% in the 52 weeks through Oct. 3, compared with the year-ago period. Salmon represents about 71% of finfish share.

Frozen salmon is also the leading species in retailers’ frozen seafood cases. In the 52-week period through Oct. 3, dollar sales of frozen salmon were up 12% over the year-ago period, to $766 million.

Although sales of fresh seafood have trended down among younger consumers, compared with older generations, there may be opportunities to reach these younger Millennial and Gen Z consumers via social media and other digital tools.

These consumers are turning to a variety of digital media channels for culinary inspiration and recipes, as well as to make ecommerce purchases. This translates into increased opportunities for reaching these consumers via commerce websites, on various social media channels such as Instagram and TikTok and through paid digital ads.

Monahan said Chefs USA has in the past advertised on Facebook to gain exposure for its recipes and videos. Here is one example of a YouTube video Chefs USA created that shows how to prepare a Bourbon Marinated Grilled Salmon recipe.

Other emerging digital channels to consider include shoppable recipe websites through which consumers can purchase the ingredients used in a recipe from links embedded in the recipe itself. Using social media influencers to promote recipes or individual products is another emerging digital channel that retailers can consider to boost sales of wild-caught Alaska seafood.

A key selling point for wild-caught sockeye salmon from Alaska, or any seafood from Alaska, is its sustainability.

Wild seafood is one of Alaska’s most precious resources and the state goes to great lengths to ensure its continued abundance. From fishermen and processors to scientists and law enforcement officials, sustainability is not only crucial to Alaskans livelihoods, but a deeply-ingrained tradition.

Merchandising Alaska seafood shows that retailers are choosing to support responsibly harvested fisheries and fishing families in an American food system that is designed to support the health and resiliency of the entire marine ecosystem.