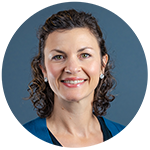 The report from Chicory notes that many shoppers have settled into a "new normal" routine with online grocery shopping. The panic-buying crazy that drove so many shoppers online in April tapered off a bit based on July results, but the firm said the number of people who bought online in the past 60 days is still 12% higher than before the pandemic. And all indications are that online grocery shopping will remain well above pre-pandemic levels for the foreseeable future.

At the same time, the increasing frequency with which shoppers are buying online signals an important trial period for retailers.

"Changes in online grocery usage frequency indicate that we’re beginning a period of stabilization in the industry as those who tried grocery delivery or pickup services are now deciding whether they want to integrate it into their regular shopping routines or return fully to brick and mortar," the report noted.

The slight shift in the frequency of online shopping reported in April and July is also attributed to the reopening of restaurants and bars in some parts of the country, the report said, as people took a break from cooking at home or felt comfortable going back to the physical store and got used to things like mask-wearing in public.

Consumers do appear to be slowing down when it comes to the amount they spend on online grocery transactions. In July, about 18% reported spending $100 or more per week, down from 25% in April, while 27% say they spend about $50 to $75. According to the report, this indicates that shoppers could be using online grocery to supplement their in-store purchases, rather than to complete their entire grocery haul.

Behavior around which retailer shoppers use has evolved a great deal since Q1. From Q1 to Q2, many people began using Instacart. From Q2 to Q3, however, several different retailers gained share, including Walmart Grocery, AmazonFresh, Kroger, Shipt and Albertsons, the report found.

This shift indicates that shoppers are becoming more savvy with their online shopping and are going to retailers that may better suit their needs. In a recent interview, David Bishop, partner with Brick Meets Click, said consumers are becoming more discerning about where they're shopping online for groceries.

“In the early stages of COVID, it was all about availability and can I place an order online?” he said. “Now, what we’re seeing is that as out-of-stocks continue to come down, albeit still at elevated levels, customers are now looking at all aspects of the experience, from the quality of the products to the completeness of the order to, how easy is it?”