Why the beleaguered food industry is in activist investors' crosshairs

When Whole Foods was the target of activist investor Jana Partners earlier this year, CEO John Mackey came out swinging. He didn’t mince words, calling the hedge fund a bunch of “greedy bastards” looking to profit from a sale of his grocery chain.

For Jana, whose involvement eventually led to Whole Foods being acquired by Amazon in June for $13.7 billion, falling sales and increasing competition facing the natural and organic grocery pioneer came to symbolize a growing trend in the food space — the challenges at many CPG and grocery companies have attracted the attention of activist investors.

With Nestle, Hain Celestial and Danone among the other activist targets from this year alone, there is growing evidence that food manufacturers and the retailers that sell their products will remain in the crosshairs of Wall Street investors eager to wring out costs from these staid companies, boost their slumping share prices and pocket hundreds of millions of dollars for their efforts.

“The industry remains ripe for activism. Whether that is an activist coming in because they want that company to be the next target of Kraft Heinz or some other type of spinoff, consolidation-esque type of event,” Brittany Weissman, an analyst at Edward Jones, told Food Dive in an interview. “There is a lot that can still happen in the industry, which is why you’ve seen so much activism and why you’ll see that potentially continue.”

As shoppers have changed their purchasing habits and increased their consumption of natural, organic and other foods they perceive as healthier, beleaguered packaged food companies have turned to acquisitions, incubators and clean label products — all in the hopes of attracting consumers.

A slew of companies such as Campbell Soup, General Mills, Conagra, Kellogg and Mondelez have also implemented significant cost-cutting programs and aggressive margin improvement targets, according to AT Kearney, a consulting firm.

But in most cases, these tactics have not been enough to curtail the drop in sales or prop-up their flagging stock prices.

Campbell Soup, for example, posted its 11th-consecutive drop in quarterly sales last month. Denise Morrison, the company’s chief executive, warned “the environment for the packaged foods industry remains challenging” as businesses struggle to increase sales. Difficulties are expected to linger into 2018, she said.

The iconic soup maker, which has been aggressively overhauling its product mix and spending hundreds of millions of dollars to acquire companies that produce fresh, organic and natural products popular with consumers, saw sales drop 1% in its fiscal 2017, with a decline of as much as 2% forecast in the upcoming year.

Sales also have slumped at General Mills, dropping about 11% since 2015. The cereal maker has cut expenses by spending less in areas such as advertising and research and development. But so far those efforts have failed to help. Just last week, the manufacturer of Annie's, Chex and Cheerios posted a 4% net sales decline for its first fiscal quarter of 2018 — its ninth straight quarter where the key figure has fallen. At Conagra, sales have experienced a similar slide, plunging to $7.8 billion in fiscal 2017 from $9.1 billion four years earlier.

Similar drops have occurred at countless other food companies, too. It’s not surprising that these declines have been reflected in their shares with Conagra, General Mills and Campbell Soup — among others — sitting near multi-year lows.

These struggles have made food companies prime targets for activist investors. Their impact varies depending on the tactic used by the investor, including whether it tries to replace the board or boot the CEO, the ability to persuade other shareholders to embrace their vision and even the willingness of the business itself to cooperate.

Those who follow the food and grocery industry said there was a noticeable surge in activist interest after private-equity firm 3G Capital Partners teamed up with billionaire investor Warren Buffett to purchase famed ketchup maker Heinz for $23 billion in 2013. Two years later, the pair were instrumental in helping consummate Heinz’s merger with Kraft.

Using an oft-criticized tactic, 3G implements aggressive cost-cutting practices, including layoffs, factory closures and the elimination of other perks to improve operating margins.

It’s been a successful practice, with Kraft Heinz’s margins now at 28% compared to the high teens or low 20s for other companies in the food space, according to Edward Jones' Weissman. While 3G's involvement has helped on this front, it hasn't been enough to curtail the revenue slide also affecting its peers: Sales at Kraft Heinz in 2016 dipped $1 billion to $26.5 billion from the prior year.

3G “has been the catalyst for a lot of it, and it has demonstrated for these kinds of companies there is a lot value to unlock in a lot of situations."

The challenge for 3G is that once all the savings have been wrung out, the company is left with sluggish revenue — meaning it has to look for another purchase that allows it to begin the cost-cutting process again. Kraft Heinz attempted an ambitious $143 billion takeover bid this February for Unilever, but the demise of the deal, which fell apart over price, hasn't minimized the company's interest in making another move as it looks for growth.

Analysts said 3G's involvement sent a message to other food companies: Make similar cost cuts to appease shareholders and help increase their stock price — otherwise they risk becoming an activist target, or the prey of a private equity firm or another business in their industry.

3G “has been the catalyst for a lot of it, and it has demonstrated for these kinds of companies there is a lot value to unlock in a lot of situations,” Randolph Burt, a partner at AT Kearney, said in an interview. “I think that has opened up the eyes of investors and activist investors to food as a space where this kind of activity can really generate good shareholder returns.”

Other Wall Street investors have since made their own foray into food.

​Hain Celestial also has faced a board overhaul from activist investor Engaged Capital that took a 9.9% stake in the natural and organic product manufacturer this summer.

Danone and Engaged Capital declined to comment for this story.

In June, billionaire activist investor Daniel Loeb’s Third Point hedge fund took its largest-ever initial bet on a public company with a $3.5 billion position in Nestle, or about 1.25% of the company's shares. A spokesman with Third Point declined to comment.

But the hedge fund has publicly outlined changes the maker of Lean Cuisine, Nescafe and Butterfinger can make, including improving margins, innovating its core business and selling non-core assets.

“Nestle has fallen behind over the past decade in an environment where growth has slowed due to changes in consumer tastes and shopping habits, as well as an influx of new competition from smaller, local brands,” Third Point said in a June letter. “While its peers have adapted to this lower growth world, Nestle has remained stuck in its old ways.”

In response to Third Point’s prodding for change, a Nestle spokesperson said the company keeps “an open dialogue with all of our shareholders and we remain committed to executing our strategy and creating long-term shareholder value.”

Just two days after Third Point's involvement was made public, Nestle announced plans to buyback about $21 billion worth of its shares and focus its capital spending efforts on high-growth food and beverage categories — a move that appeared to have come three months ahead of schedule.

"You are going to continue to see that activists will continue to agitate where stock prices are depressed and there is relatively easy things to change the value of the company."

But when it comes to food, no other activist has shown a penchant for getting involved in the sector more than Jana Partners. It was instrumental in getting Conagra, known for its Peter Pan peanut butter, Hebrew National hot dogs and Pam cooking spray, to spin off its Lamb Weston frozen potato company and sell its private label business to TreeHouse Foods for $2.7 billion in 2016.

And just this year, Jana purchased an 8.2% stake in Whole Foods and urged the struggling natural and organic retailer to explore a sale. Jana sold its shares in mid-July for a $300 million profit soon after the grocer announced it was being sold to Amazon. Recent regulatory filings show it also has purchased shares in beleaguered meal-kit maker Blue Apron and Sprouts Markets, a high-growth natural and organic grocer.

A Jana representative said the hedge fund doesn't specifically single out businesses in the food space but has seen opportunities recently where companies are undervalued and its involvement could help unlock value.

Analysts who follow the industry say the recent activity is likely to continue.

“You are going to continue to see that activists will continue to agitate where stock prices are depressed and there is relatively easy things to change the value of the company,” Burt said. “Other activist investors will start to look for opportunities where, like Jana Partners in Whole Foods, … value gaps” may exist, he said.

Burt added there has been a general shift in how CEOs are responding to the outside pressure. A growing number of executives have shown a willingness to listen, a “sort of co-opting the activist,” he said — a strategy that allows them to consider whether the investor’s ideas could create shareholder value while at the same time allowing them to avoid a nasty public war of words that distracts them from running the company.

“Five years ago, there was a lot of resistance and that’s how John Mackey reacted to Jana Partners by calling them ‘greedy bastards’ in the press and getting really agitated by them publicly,” Burt said. “You see other CEOs reacting very differently now, much more conciliatory.”

It’s largely uncertain who will be the next activist target. Food and beverage analysts speculate that nearly everyone in the sector is susceptible as the industry continues to flounder. Still, with investors keeping close watch on company margins and growth rates, further stumbles could find more businesses falling into the arms of activists.

“A lot of them are under immense pressure to improve results and to improve margins,” Weissman said. “If you keep stumbling, and if you’re not growing, someone is going to come in or you’re going to become a takeover target.” 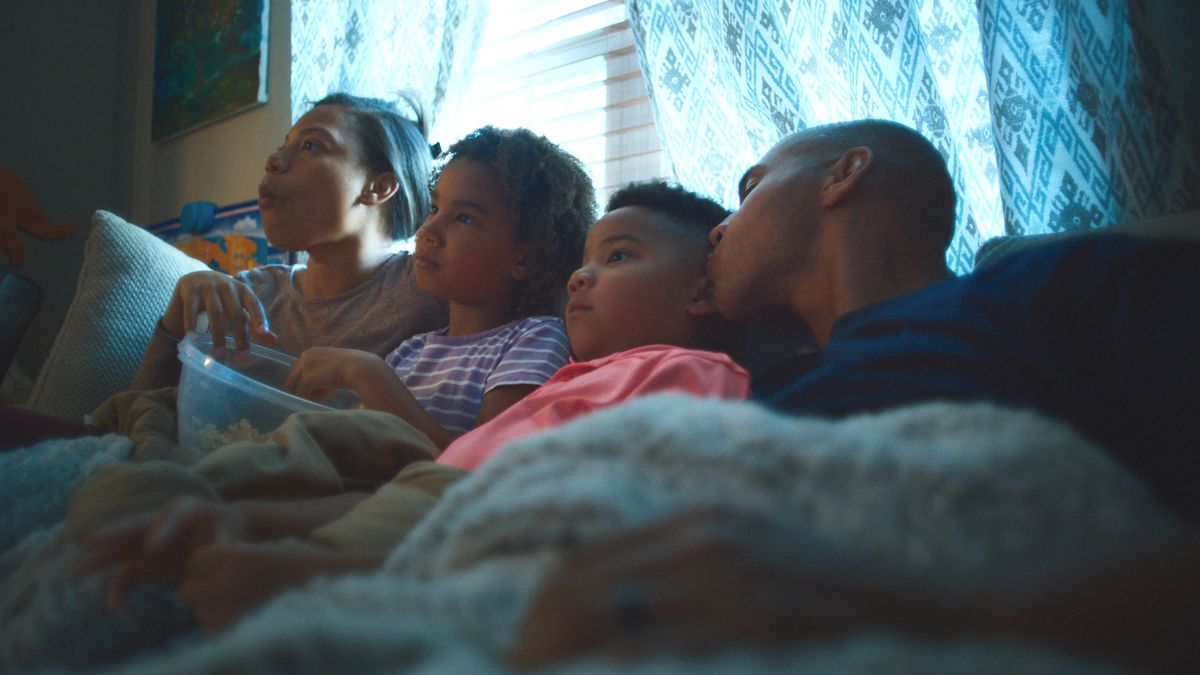 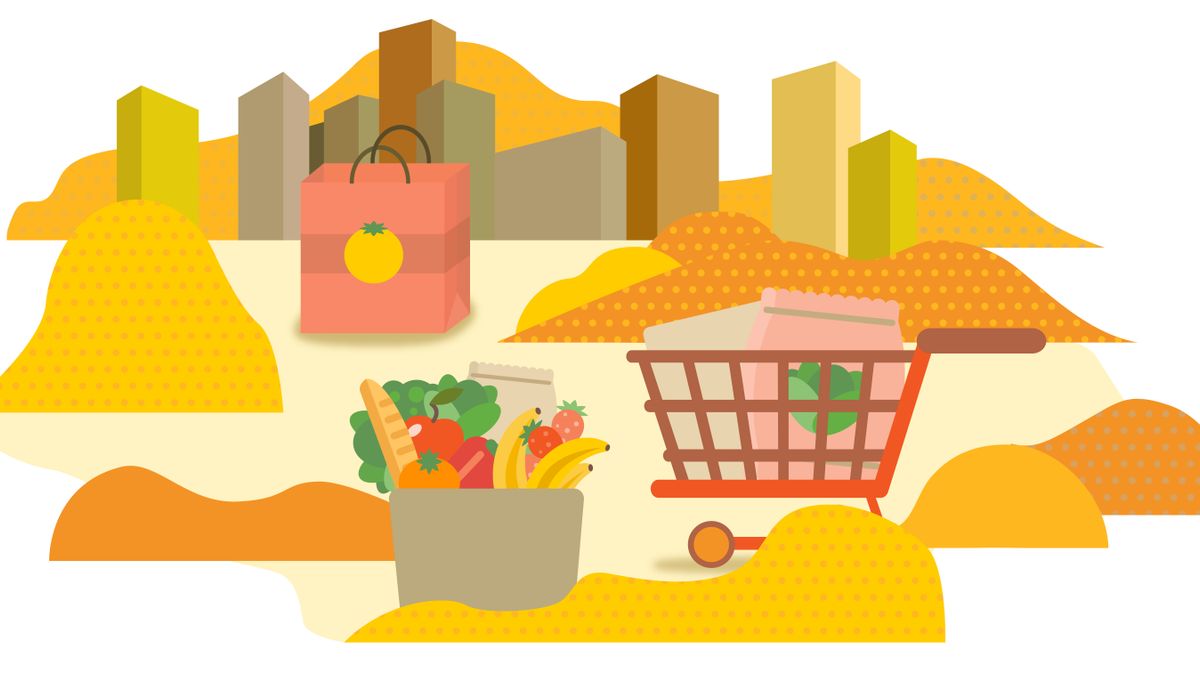 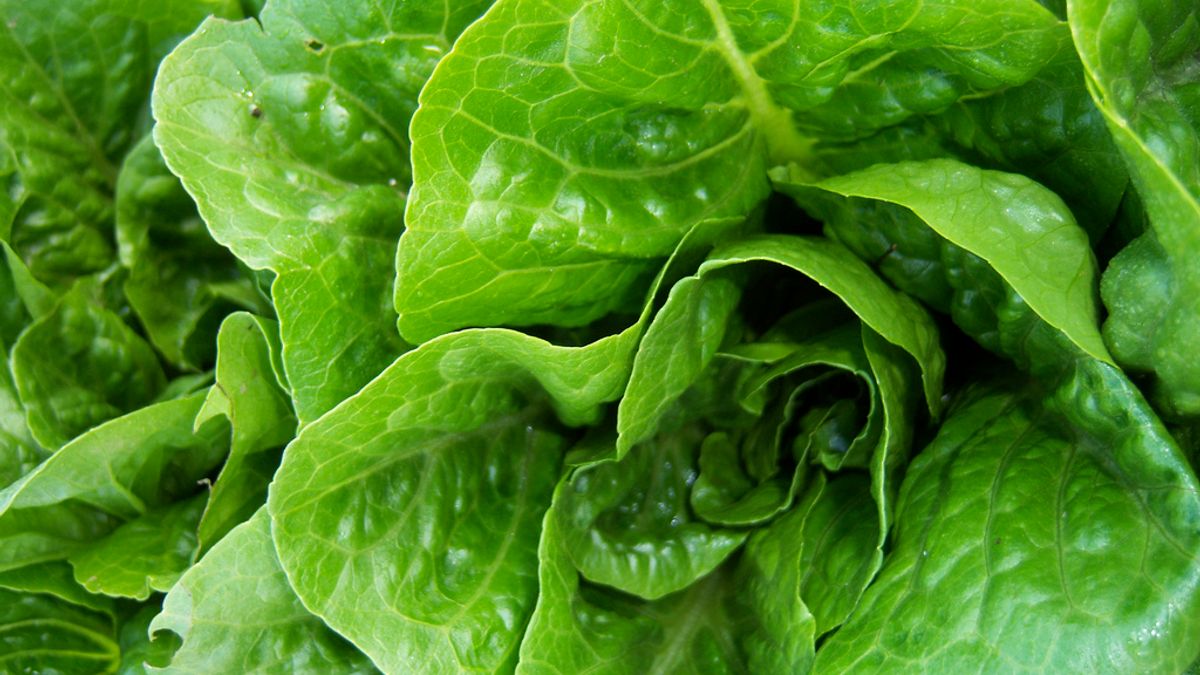 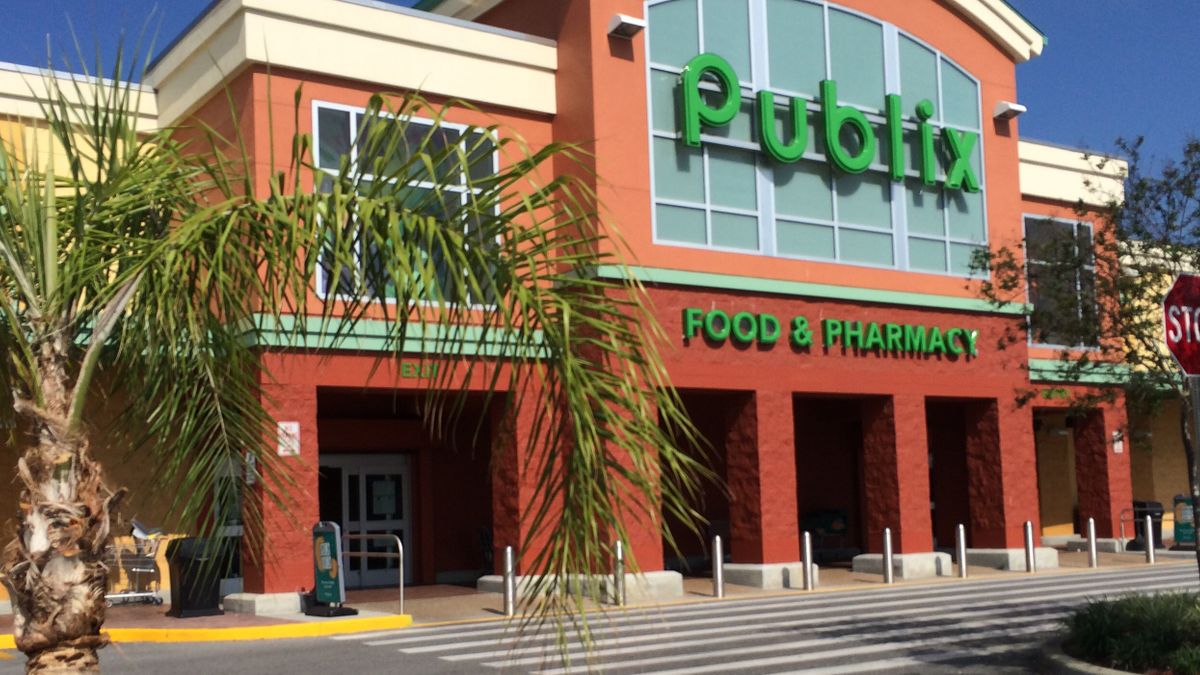 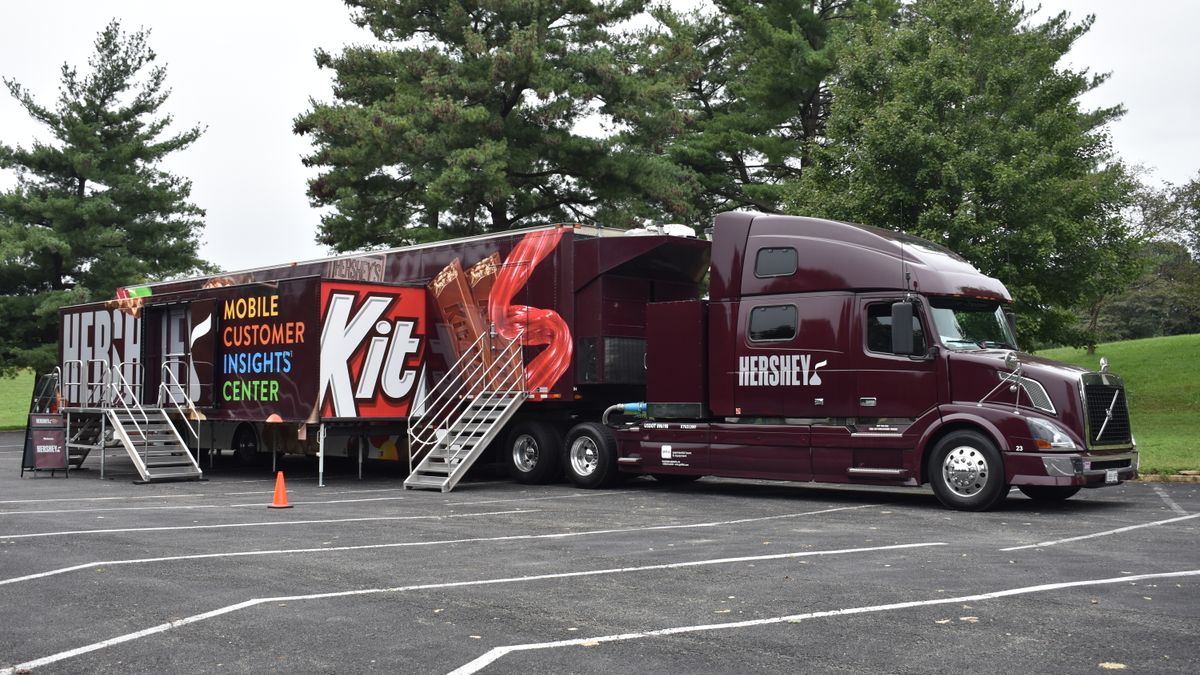 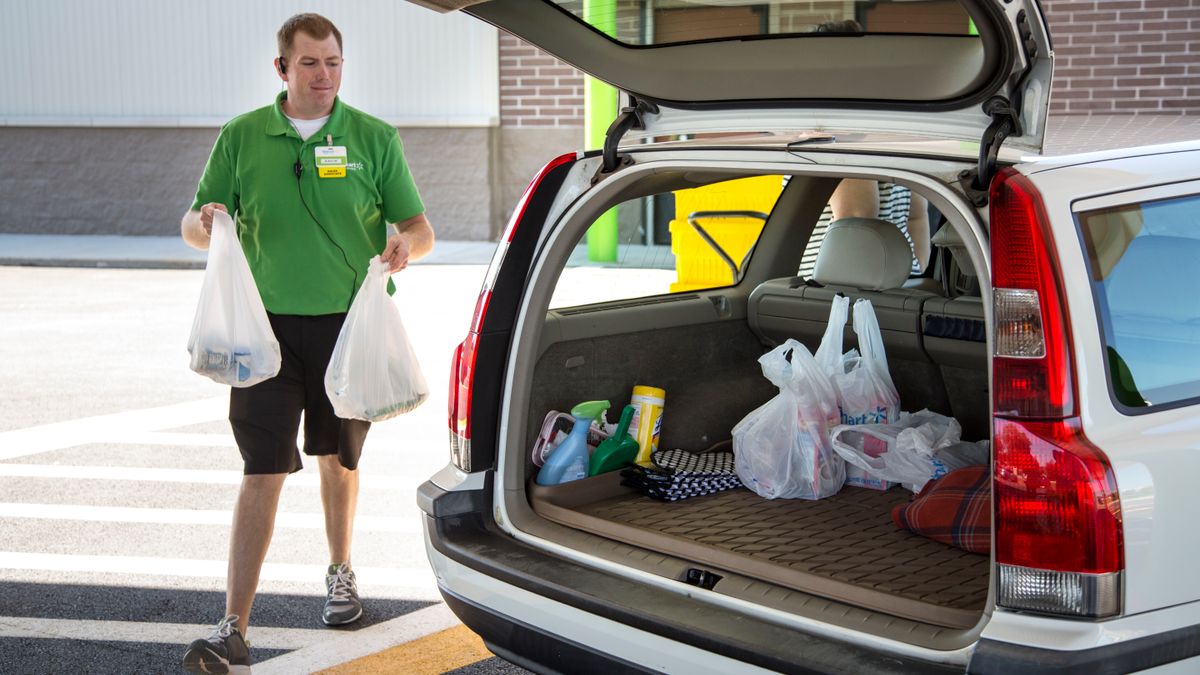 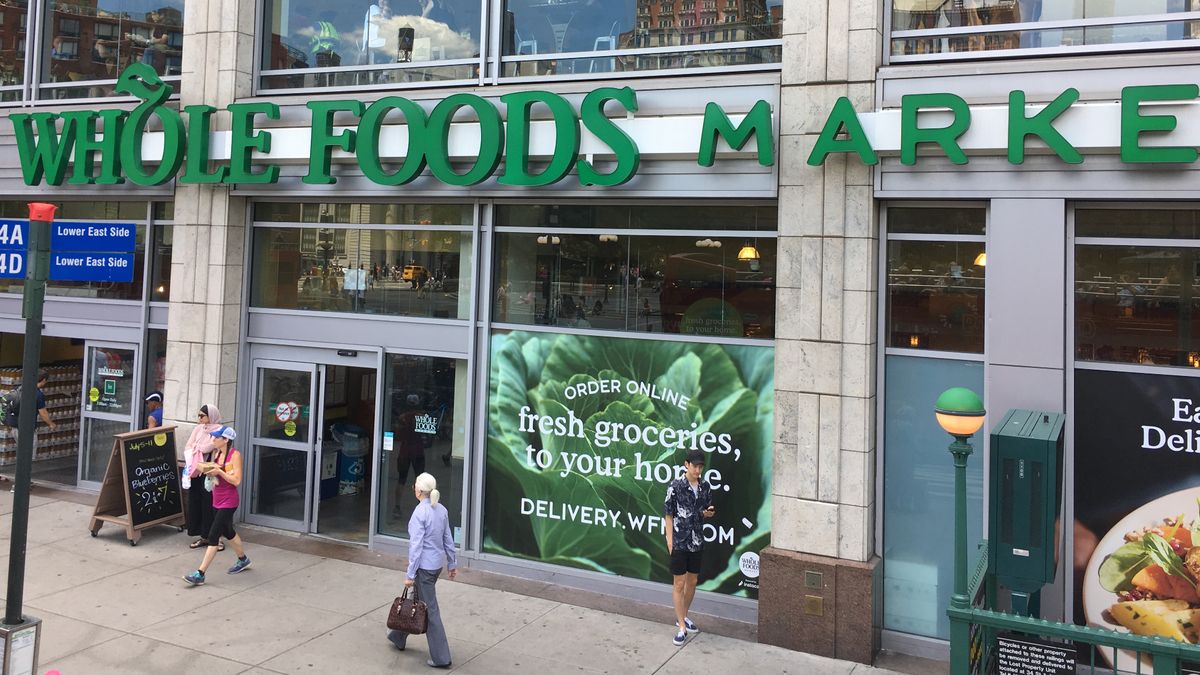 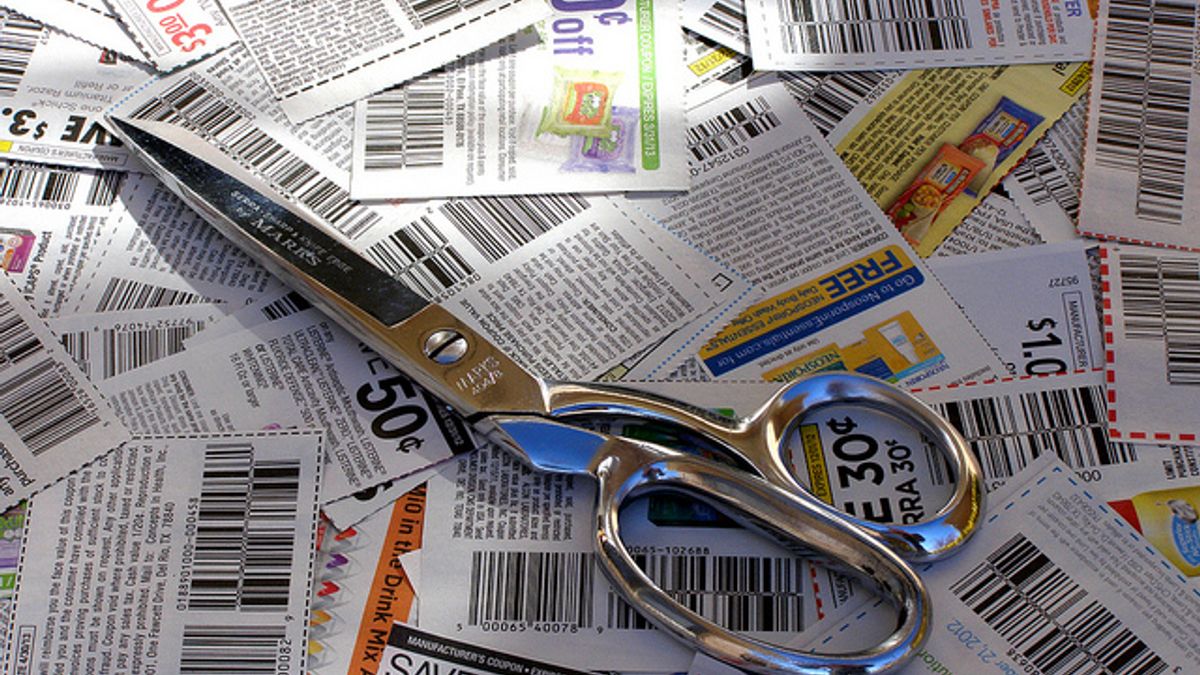 View all | Post a press release
Foodarom Takes Flavor Innovation to New Heights with its 2023 Flavor Trends
From Foodarom
FLEXcon Launches the Next Generation of FLEXcon® PRISMcal® Prismatic Films
From FLEXcon Company, Inc.
Storewise And TRUNO’s Official Partnership Offers Enhanced Operational Control to Retailers
From Storewise
Editors' picks
Industry Dive is an Informa business
© 2023 Industry Dive. All rights reserved. | View our other publications | Privacy policy | Terms of use | Take down policy.
Cookie Preferences / Do Not Sell