Why Hispanic grocers are poised for explosive growth

Stores are drawing shoppers of all ethnicities, but grocers face the challenge of scaling effectively and appealing to a broader audience while still retaining their authenticity.

The sensory experience of shopping at a Hispanic grocery store — the fresh tortillas, the mariachi music, the carniceria stocked with hard-to-find meats — has long been an appealing novelty in the larger retailing landscape. And these days, it’s big business.

Driven by a Hispanic population that currently stands at 54 million and is set to more than double over the next 40 years, retailers like Fiesta Mart, Northgate Markets and Cardenas Markets have recently seen dramatic growth. Private equity has taken notice and invested in a few chains. So have other grocers, which are building their own Hispanic banners and ramping up ethnic products and services.

By some accounts, Hispanic supermarkets are set to become the next major industry format, rising in the same league as discounters and natural and organic grocers.

"Hispanic grocers are seeing consumers embrace a lot of the trends they've been operating for a long time, like foodservice and fresh produce selection," Diana Sheehan, director of retail insights with Kantar Retail, told Food Dive. "Now they want to get in people's faces and let them know."

Realizing this potential requires grocers to scale up in a smart way and finely balance their product assortment and services to appeal to a wider audience.

Hispanic grocers occupy a sweet spot of consumer demand. Not only is their customer base large and growing, but Latino consumers tend to spend more when they shop and gravitate towards high-margin fresh items. According to Nielsen, Hispanic shoppers spend $175 more per year on high-value fresh foods than other consumers.

At the same time, many non-Hispanic shoppers are seeking out the spices, authentic flavors and unique services that grocers like Northgate Markets and Fiesta Mart offer. Several months ago, Northgate opened a marquee store in Anaheim featuring a juice bar, taqueria, expansive hot bar and service stations offering everything from spiced cider to handmade empanadas and churros. Local publication OC Weekly called the store a “Mexican-food Disneyland.”

According to Research and Markets, annual sales of Hispanic food and beverages hit $17.5 billion in 2015 and are expected to increase to $21 billion by 2021. Mexican restaurants, meanwhile, have become a $38 billion business, according to IBISWorld.

Grocery chains like Kroger and Publix, which have dabbled in standalone Hispanic formats in the past, are increasingly catering to Latino shoppers with authentic products and services in key markets. Walmart stores in Texas now offer products like Jarritos, Tampico soft drinks, and cans of Nido, an infant formula popular with immigrants. Albertsons-owned United Supermarkets operates its Amigos banner stores, while Southeastern Grocers has converted 18 Winn-Dixie and Bi-Lo stores to its Fresco Y Mas format.

In what might be the surest sign of their movement into the mainstream, Hispanic grocers have also attracted significant private equity investment. In 2015, Acon Investments acquired Fiesta Mart, a Houston-based grocer whose roots in Texas go back more than 40 years. A year later, the company bought 11 Minyard Food Stores. Last November, investment firm KKR, along with Victory Park Capital, bought California grocers Cardenas Markets and Mi Pueblo, whose combined 49 stores accounted for $1.3 billion in annual sales. In July, KKR merged Mi Pueblo and Cardenas and announced the goal of becoming the nation's largest Hispanic retailer.

"Hispanic grocers are seeing consumers embrace a lot of the trends they've been operating for a long time, like foodservice and fresh produce selection. Now they want to get in people's faces and let them know."

Scott Moses, managing director and head of food retail and restaurants investment banking with Peter J. Solomon in New York, believes that Hispanic grocers face the same growth potential and challenges that natural and organic grocers did more than a decade ago. Moses, who advised advised Mi Pueblo and Victory Park Capital through the sale to KKR, as well as Sprouts Farmers Market's merger with Henry's Farmers Market in 2011 and Sunflower Farmers Market's sale to Sprouts in 2012, said Hispanic grocers will need to scale effectively in order to compete with larger chains including discounters, dollar stores and club stores.

Hispanic grocers have numerous advantages that will help them grow, including enviable customer loyalty, differentiated positioning, and robust sales of produce, prepared foods and other high-margin fresh items. These retailers also have the ability to thrive in lower- and middle-income neighborhoods where traditional grocers have struggled. In the hyper-competitive Southern California market, grocers like Vallarta Supermarket and Northgate have taken over leases from Vons, Ralph’s and other retailers in areas where demographics are shifting towards Hispanics.

However, grocers hoping to compete against the likes of Kroger and Walmart will need to focus on more than just organic growth, sources say.

“You are going to see continued consolidation with independents that target Hispanic shoppers because they are going to need to start working together in a more comprehensive and structured way that’s scalable,” said Sheehan.

Another important part of scaling effectively, according to sources, is appealing to an audience beyond first-generation Hispanic shoppers looking for a taste of home. Second- and third-generation Hispanics, as well as non-Hispanic consumers, remain a prime growth opportunity. Many crave an authentic experience, but are turned off by some of the more obscure products and services many traditional Hispanic grocers offer.

According to Sheehan and others, finding the right balance of products and services to appeal to consumers across the cultural spectrum can be incredibly challenging. Case in point: Texas’ Fiesta Mart.

Established in the '70s, Fiesta quickly grew to become the preferred grocery destination for wave after wave of first-generation Hispanic shoppers. With its wide selection of meat and produce, small flea-market style shops, authentic prepared foods and extra services like bill payment and money transfers, the chain thrived by replicating the festive, one-of-a-kind environment these shoppers knew well.

However, as competition increased and the number of second- and third-generation Hispanics in the Lone Star state grew, Fiesta’s dominance began to erode. According to Edward Rincon, president of Dallas-based research and consulting firm Rincon and Associates, chain grocers like Walmart, H-E-B and Kroger began drawing many American-born Hispanics with their more mainstream approach. These stores offered tortillerias and authentic products like bulk bins full of dried chilies. But they also sold cereal, diapers, apparel and other items that American-born Hispanics covet.

“Fiesta had piñatas and when you went in there were all kinds of other little vendors,” he told Food Dive. “Immigrants might like that, but the native born, acculturated Latino is not used to that.”

At the same time, Fiesta’s popularity with first-generation Hispanics began to slip as dedicated competitors like El Rancho and La Michoacana moved in, amounting to a one-two punch for the chain. According to a consumer survey Rincon conducts every five years, Fiesta Mart’s market share among Hispanic shoppers in Dallas plummeted from 25% in 2015 to just 6.5% in 2016.

Executives from Fiesta Mart declined to be interviewed for this story. 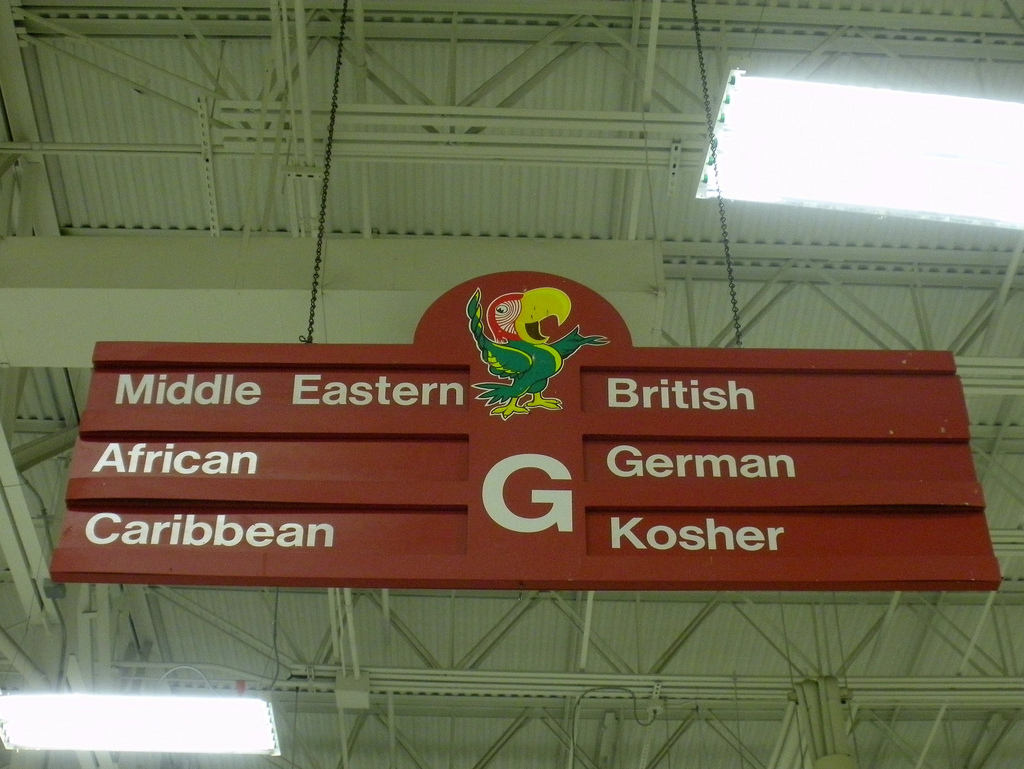 According to Rincon, American-born and foreign-born Hispanics, despite their differences, actually share many of the same trip drivers. In his most recent consumer study, both groups noted “close to home” as their top motivator for choosing a store, followed by “best prices in general.” Both groups also appreciate sales and a welcoming store environment.

At the same time, he said, grocers must recognize distinctions between the different groups that they can accentuate. American-born Hispanics enjoy many of the traditional dishes they grew up with, but they also value convenience and having healthy choices on hand. Hispanic grocers have traditionally offered in-store taquerias and other foodservice concepts, and could benefit from offering heat-and-eat prepared meals, he noted.

Grocers can also pull back a level or two on what he calls the "ethnic scale" — by mixing contemporary music in with traditional music over the store loudspeakers, for instance — without alienating their first-generation shoppers.

“There are already hundreds of Latino-focused specialty grocery stores in the US, but there should be many more over time as population dynamics continue to change across the country."

Rincon stressed the importance of good market research — something many Hispanic grocers fail to do, he said. Some companies try to apply the same approach to every market where they operate, while others fail to recognize subtle demographic shifts. Many Hispanic supermarkets in Texas, he said, have failed to accommodate the recent influx of Central American immigrants — many of whom are turned off by the Mexican-focused products and services that stores offer.

“This is where I really give credit to Walmart,” Rincon said. “When they want a consumer segment, they’ll invest the money in good research. A lot of other chains just put up their stores and hope they work.”

Walmart, according to Rincon’s Dallas market research, leads in market share among both American- and foreign-born Hispanics. It has an overall market share of 28.4%, compared to 12.2% for Kroger, its closest competitor. Rincon said Walmart is succeeding with low prices and prepared foods, as well as offerings that appeal to a wide range of Hispanic consumers.

“A big reason Latinos go there too is for their apparel,” said Rincon. “It’s also a place they go to shop for school supplies. When it comes to food, they’ve really expanded their options. I go there more often as a result of doing my research.”

Sources said they see the number of Hispanic grocers across the country increasing dramatically in the years ahead. Most Hispanic grocers are concentrated in the California, Texas and Florida markets, but ample opportunity exists to expand beyond these core areas. According to data from the Pew Research Center, the states with the fastest growing Hispanic populations are North Dakota, Alabama and Georgia. In Nebraska, where SpartanNash operates three Supermercado Nuestra Familia locations in Omaha, Latinos comprise 10% of the state's population.

“There are already hundreds of Latino-focused specialty grocery stores in the U.S., but there should be many more over time as population dynamics continue to change across the country," said Moses. “Many currently traditional grocers’ stores would better serve their evolving local customer base with a truly authentic Latino destination experience and merchandise that Latino-focused grocers are offering their customers.”