Southern hospitality: Will Publix's service-first approach continue to pay off?

The 87-year-old grocery chain hopes to defend its home turf and conquer new markets with a strategy that’s made it an industry favorite.

When it comes to home state advantage, no grocer enjoys more customer loyalty than Publix does in Florida. Since its first store opened in 1930 at the beginning of the Great Depression, Publix has fended off competitors while steadily growing its footprint in the Sunshine State. Now, the retailer has expanded to 800 stores and controls more than 40% of the state’s market share in grocery.

A key to the company’s success is its measured, organic growth, according to analysts who follow the employee-owned grocer. Rather than gobble up other retailers and quickly expand to other regions, as many other chains have done, Publix has built its home-field advantage with lots of stores and best-in-class service and execution. It wasn't until 1991 when Publix finally ventured outside Florida with a store in Savannah, Georgia.

“Publix has continuously focused on growing its banner,” Elley Symmes, an analyst with Kantar Retail, told Food Dive. “They’ve never done mergers and acquisitions or strayed from that brand name.”

But it’s not all sunshine and smooth sailing for Publix these days. The company has expanded to four additional states during the past 25 years, and is now making a push into a crowded Mid-Atlantic market full of top-notch competitors, including Wegmans, Lidl and Harris Teeter. This comes at the same time Publix faces a new class of challengers on its home turf — some of which have recently stolen market share away from the popular grocer.

Ask industry observers where Publix excels, and they’ll likely point to two areas: service and execution. The grocer’s stores are renowned for their cleanliness, neatly arranged shelves and market-specific merchandising mix. Employees greet customers as they walk in the door and will carry bags to their cars after they’ve checked out. There’s bilingual signage in stores that serve Hispanic customers and products as well as pharmacy services that cater to the state’s high number of seniors.

“They really understand their core shoppers in a genuine way,” said Symmes.

For a retailer that’s been around for 87 years, Publix also is quite innovative, noted Symmes, who recently toured several stores in Florida. She highlighted the grocer’s endcaps as one example. Rather than group products by category, seasonality or occasion, Publix’s endcaps frequently offer full meal and snack solutions. A chicken noodle soup display included packaged noodles, chicken broth and a refrigerator case with fresh chicken and vegetables.

A focus on service and quality means Publix isn’t a low-price leader. But at a time when many competing grocers are bringing their prices down, Publix goes to great lengths to project a value image to its customers. The grocer offers a wide selection of coupons and will match those issued by its competitors. It also regularly has buy-one-get-one offers prominently displayed at the front of its stores.

“We have very aggressive ad pricing, including weekly BOGO items on some of the most popular items our customers love to purchase,” Maria Brous, a Publix spokeswoman, told Food Dive in an email. “We also have one of the most comprehensive couponing policies in the industry.”

Many of these advantages, according to Symmes, flow back to Publix’s employee-owned model. Having more than 188,000 associates invested in the company’s future — Publix is the largest employee-owned grocer in the country — produces the service, execution and strong sales that the company and its customers enjoy.

“It’s a model that creates this virtuous circle for Publix because it leads to better store execution and it drives volume, and that’s the way Publix is successful,” said Symmes

It’s also a model that has been difficult for competitors, particularly conventional grocers, to overcome. In recent years, however, a host of discounters, natural and organic operators and club stores have pushed into Florida, eager to challenge the once seemingly unstoppable grocer. This includes Sprouts Farmers Market, Lucky’s Market, Trader Joe’s and Aldi, which is rapidly expanding and remodeling stores. Walmart, which operates close to 400 stores in the state, has recently remodeled locations and lowered prices, cutting into Publix’s market share in the central Florida market, according to the Tampa Bay Times, citing data from The Shelby Report.

“It’s a model that creates this virtuous circle for Publix, because it leads to better store execution and it drives volume, and that’s the way Publix is successful”

David Livington, a grocery analyst based in Wisconsin, said Walmart’s share bump is likely the growth of its curbside order pickup service, which the retailer is quickly rolling out across its 4,600 stores. Still, he doesn’t expect Walmart to take significant business away from Publix since the two retailers serve different customer segments. Walmart actually served as “muscle” that helped chase competitors such as Sweetbay Supermarkets, Food Lion and Albertsons out of the state, he said.

Winn-Dixie remains Publix’s closest conventional grocery competitor, but its performance has been notably weak of late. In the Tampa/St. Petersburg market, for instance, Winn-Dixie’s 100 stores command a 16% market share while Publix’s 117 stores command 39%, according to Chain Store Guide.

"Publix is sitting is a very good spot right now,” Livingston said. “They have run most of the conventional supermarkets out of Florida.”

The grocer hopes a few recent initiatives can help it hold on to key customers and gain back market share from Walmart. The company recently struck a deal with Instacart to offer online ordering and home delivery chain-wide.

In addition, Publix is dusting off its Greenwise natural and organic store concept, which last saw a new location go up more than a decade ago. The small three-store-format stores focuses on specialty items including the retailers many Greenwise private-label items. The company has announced one location in Tallahassee, opening in late 2018, and has plans to “aggressively look for” other places to grow the concept.

Publix has found markets outside its home state to be less hospitable. In Georgia, the company has had to battle with Kroger and Walmart, and has struggled to overcome both retailers' market share advantage despite having the most stores of any grocer in the state. In Alabama and South Carolina, where the company expanded in the mid ‘90s, Walmart is the preferred destination for supermarket shoppers, according to recent data from The Shelby Report.

Nevertheless, Publix’s sales have grown year over year, and it hopes to continue this trend as it pushes northward. In 2002, Publix entered Tennessee, where it currently operates 41 stores. After a ten-year hiatus, the grocer then ventured into North Carolina, where it has 25 stores and is quickly growing.

This summer, Publix will cross into another new state, Virginia, where it recently bought ten former Martin’s stores in the Richmond area from Ahold to satisfy federal regulators so the Dutch company could merge with Delhaize. Last week, the company opened its first Richmond store in the Nuckols Place shopping center in western Henrico County.

While its presence in the southeast has been solid and its positioning throughout Florida stellar, Publix’s prospects in a crowded Mid-Atlantic region remains a question mark. In states such as Virginia, the grocer faces a lack of brand recognition along with a host of new and established competitors, including Lidl, Harris Teeter and one of the few grocers that rivals Publix on service and execution — Wegmans.

Lidl, the discount grocer whose low prices and high-quality private label goods have resonated across Europe, opened its first U.S. stores in mid-June and plans to open 100 stores by the end of this year. Within a few years, analysts estimate the company could have several hundred stores spread along the East Coast and as far west as Texas.

Lidl’s market-beating prices, which the company advertises at 50% below competitors, appeal to many lower- and middle-income shoppers. But the grocer has a reputation for drawing the sort of upmarket shoppers that Publix also targets.

Symmes said Lidl could prove particularly dangerous to Publix if it can effectively localize its merchandising mix — something the discounter has plans to do. However, she noted Publix’s service component and fresh departments will be a distinct advantage. Livingston, the Wisconsin grocery analyst, said he thinks Lidl will mainly impact weaker conventional grocers such as Food Lion and Bi-Lo.

“Even if Lidl had the perfect assortment and the perfect price, the service component will never beat Publix,” Symmes said.

Publix’s biggest threat could be Wegmans, which is pushing into the Mid-Atlantic region from its home base in upstate New York. Although Wegmans sales and store count stand well below Publix, the Rochester-based grocer is renowned for its large stores filled with restaurant-quality food stations, fresh departments and unique foodie features like cheese caves, pubs, burger bars and wine cellars.

The two grocers, which tied for the honor of “America’s favorite grocer” in a recent survey by research firm Market Force Information, will butt heads for the first time in Richmond, one of many market duels between the popular chains. Wegmans has four North Carolina locations planned, all of them in cities where Publix currently operates or plans to open stores.

“Moving up into the Mid Atlantic is another no brainer for Publix. [The region] is full of ineffectual grocers.”

Can Publix stand out from the crowd? Livingston believes there’s room for numerous high-performing retailers to snatch market share in the region from weak legacy grocers.

“Moving up into the Mid Atlantic is another no brainer for Publix,” he said. “[The region] is full of ineffectual grocers.”

Symmes offered a similar assessment, noting Publix should be able to operate effectively in the same places as Wegmans as long as it stays focused on its core identity. As for brand recognition, she noted Publix may have an advantage on other newcomers because of the many tourists and retirees that flock to Florida every year.

​The next big challenge for Publix is Richmond, where a flood of retailers in recent years has made it one of the most grocery-dense cities in America.

Brian Glass, senior vice president of retail brokerage with the Richmond office of Colliers International, a commercial real estate firm, said Publix’s stores are well positioned in affluent communities around the city. He also echoed Symmes’ belief that brand awareness amongst retirees who travel to Florida should give Publix a boost. Glass said at least one community, led by a group of “snowbirds,” gathered several hundred signatures in a letter asking Publix to come to Richmond.

In 2010, Ukrop’s, a popular local chain known for its customer service, sold all 20 of its stores to Ahold, which converted the locations to its Martin’s banner. Those stores didn’t offer the same level of service and weren’t well-received by the community, Glass said. When Ahold merged with Delhaize last year, the company agreed to sell its Richmond area Martin’s stores to satisfy antitrust regulators. Publix bought half of those locations, which are set to open on a rolling basis during the next few years.

“They’re going to offer that same service that Ukrop’s used to offer and that everyone loved,” said Glass. “I think they have a pretty good plan.” 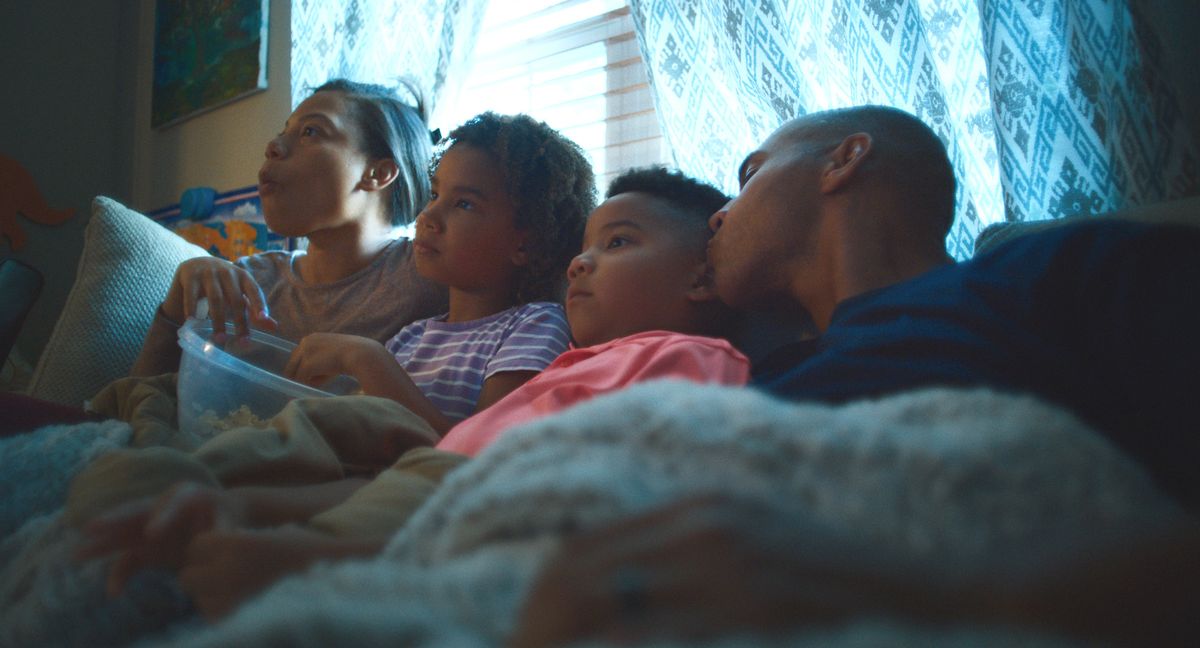 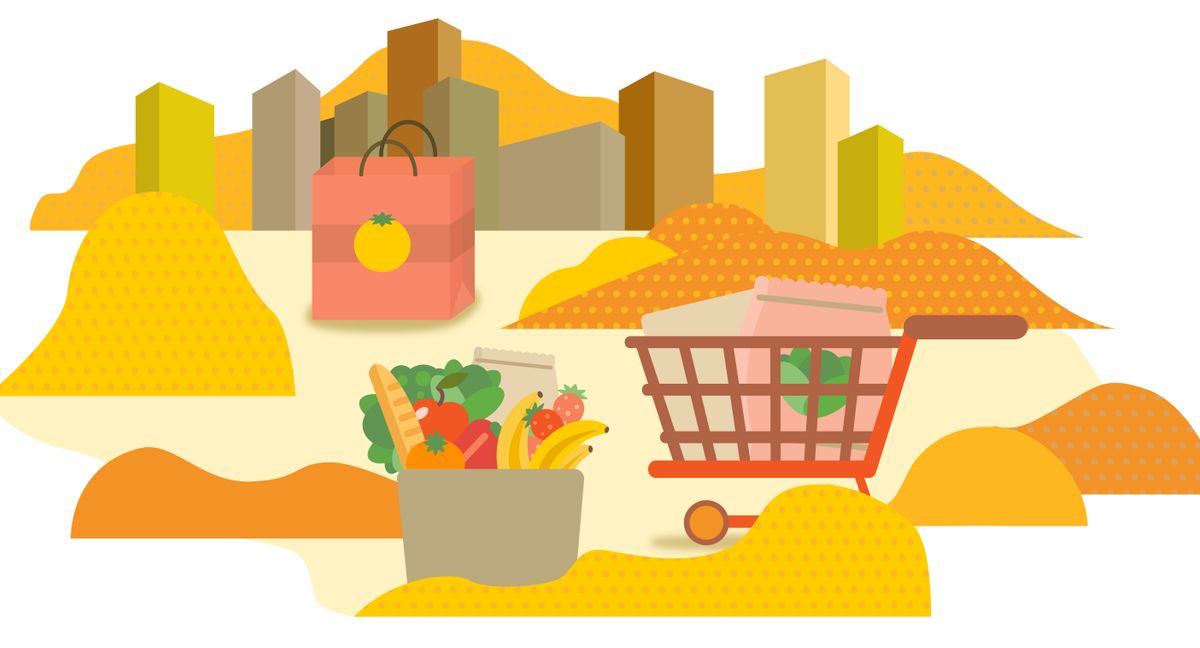 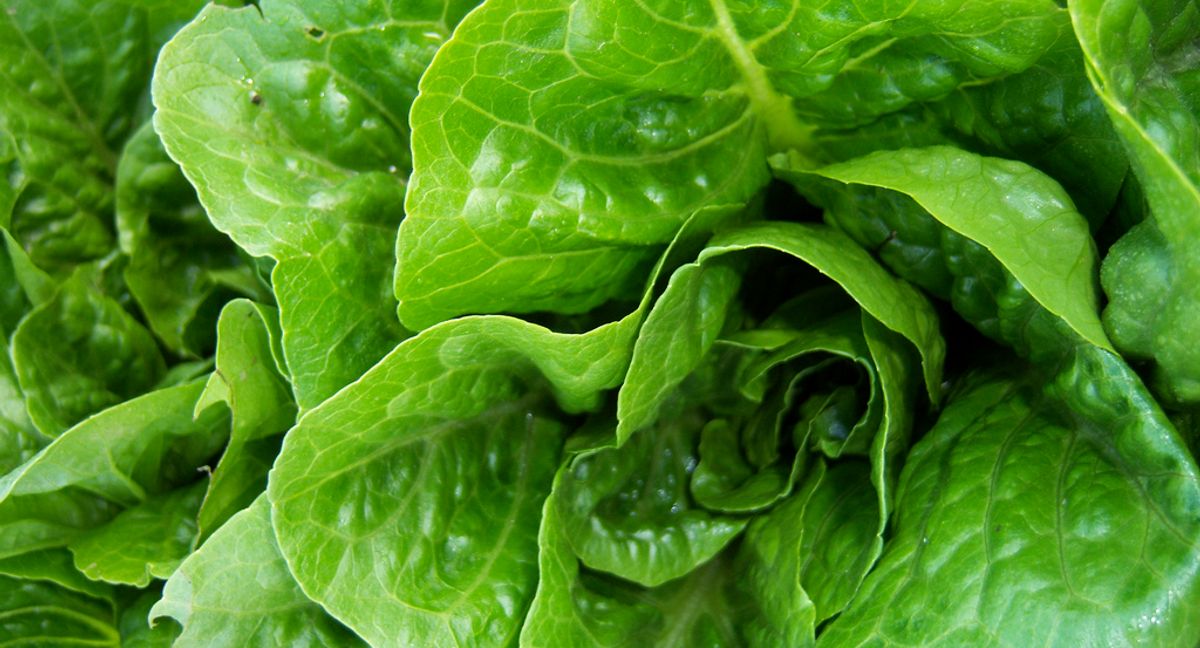 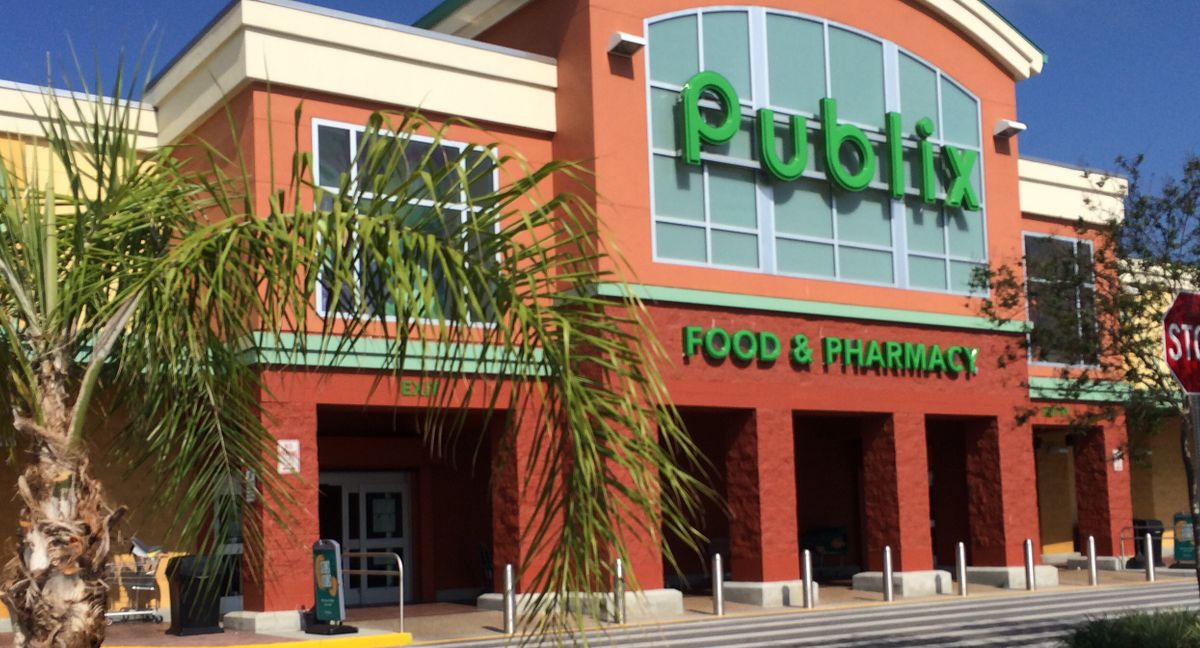 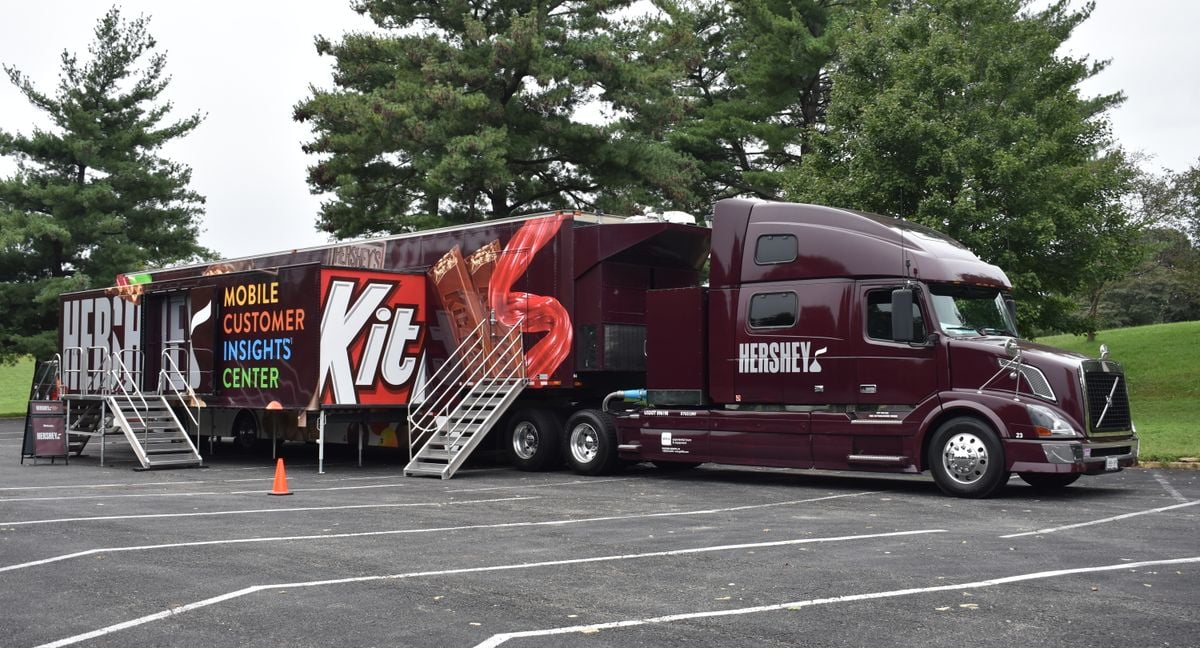 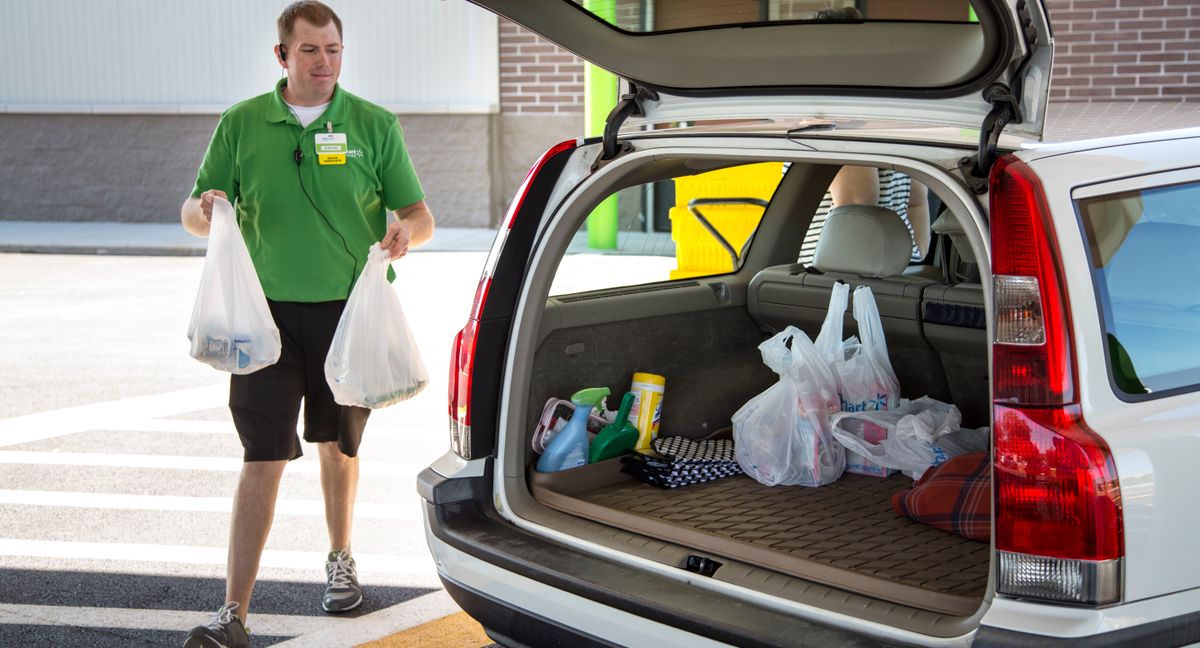 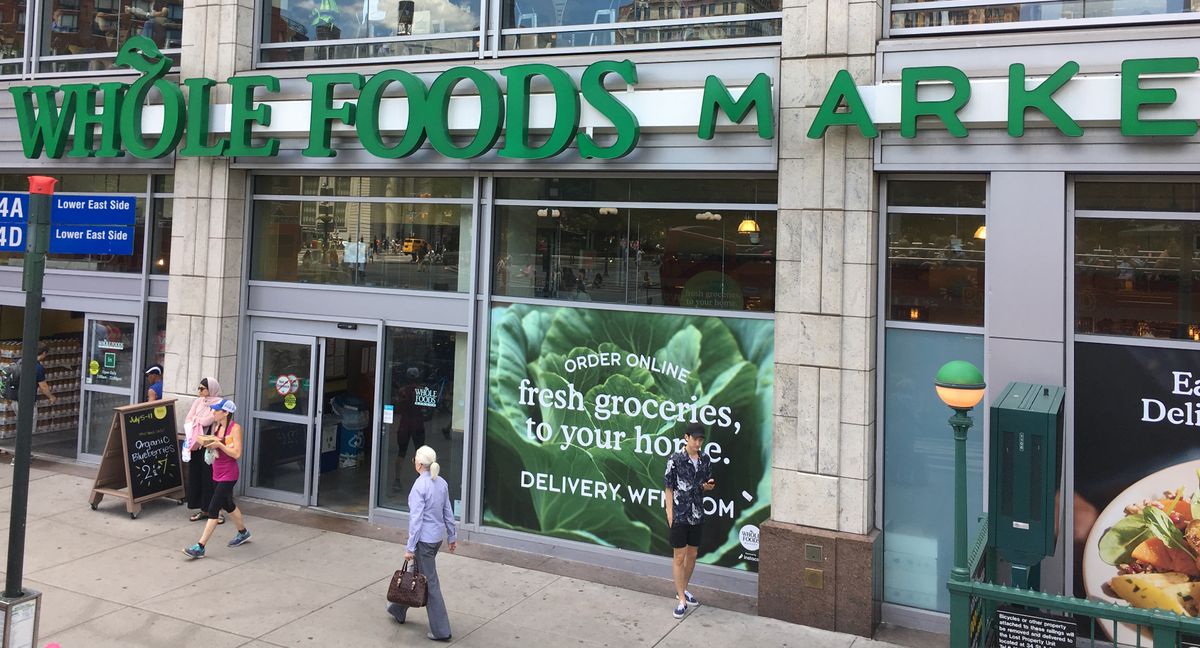 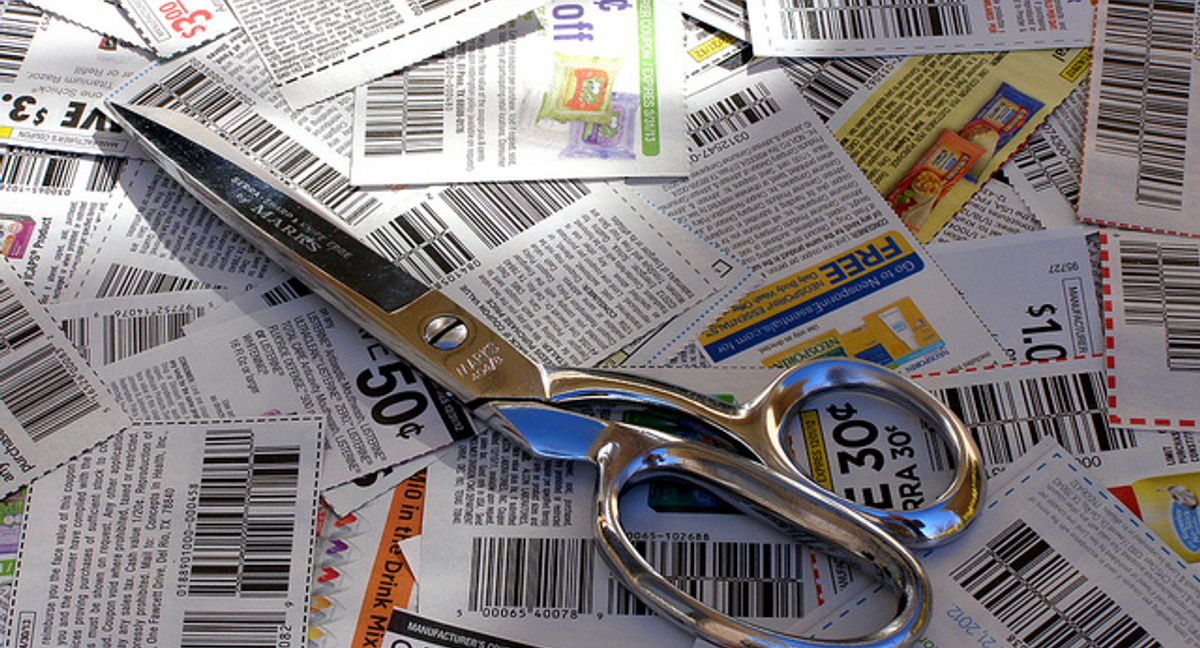