After a year of outsized sales and profits, food retailers are suggesting that comparisons with 2020 don't paint an accurate picture about their future potential. Will Wall Street buy their story?

A year after the coronavirus pandemic unleashed a sudden deluge of demand that led to blockbuster sales and soaring profits, supermarket operators face a new challenge: how to manage expectations among investors skeptical that they will be able to maintain their momentum as the public health crisis dissipates.

With restaurants and other businesses opening back up amid a growing push by local authorities to let people resume normal lives, grocers are likely to have a tough time making the case that the industry's share of people’s wallets will remain permanently elevated, stock analysts who follow the sector said.

Put another way, while it's difficult to predict what results will look like, the next few months are likely to be pivotal as retailers look to demonstrate that their businesses have been permanently strengthened by the COVID-19 crisis.

"Some of the eating at home may stay. But I just believe that there's going to be a lot of pent-up demand for eating out, and I think that's going to come at the expense of grocery store retailers and the food companies," said Brian Yarbrough, senior research analyst at Edward Jones.

The sense that people will spend less in grocery stores is contributing to apprehension among investors, said Yarbrough.

"The big issue for some of these companies is will they go negative … or do you have a scenario where they don't go negative, but they're flattish for two or three years," he said, referring to sales levels.

As they face up to the fact that year-over-year results are likely to decline as they lap the first anniversary of the pandemic, grocers have started making the case that it would be better to compare their financial performance in 2021 with their numbers from the period before the pandemic began. For example, Albertsons President and CEO Vivek Sankaran recently said he would prefer that investors judge its results by setting aside 2020 as an outlier and looking back to 2019 instead.

"We love positive comps, and next year won't be positive comps," Sankaran said during the company's third-quarter earnings call in January. "At the end of the day, a lot of things we're doing are about driving growth, so if you think about it from pure dollars, our intent would be … on a two-year stack for it to be healthier than what it had been [in terms of] pre-pandemic levels."

Kroger is also looking at lower sales in 2021, telling investors earlier this month that it expects identical sales will decline 3% to 5% year-over-year but increase between 9% and 11% on a two-year basis.

Yet even as grocers encourage investors to focus on their performance over multiple years instead of looking at 2020 as a new benchmark, they will face questions from investors concerned about how their future growth path will look, said Nick Shields, a retail industry analyst with the investment research firm Third Bridge.

"Grocery retailers are in a better place to take advantage of the normalized post-pandemic world than they probably would have been three or four years ago,” Shields said. “But knowing where it levels off to is kind of the million-dollar question."

Karen Short, managing director of equity research at Barclays, said she thinks publicly traded grocers are going to face an uphill battle as they seek to encourage people to buy their shares. Investors tend to track companies from one year to the next, and they can be expected to react if what they see reflects a decline, she said.

"You can't tell me that once things reopen more meaningfully and we're back to normal that [retailers] don’t basically lose a lot of what they gained," said Short, who advises investors to take a cautious approach to putting money into shares of companies like Kroger, Albertsons and Sprouts Farmers Market. "I think when you get into the May timeframe, that's when you see much more of a period of reckoning on whether there's an appetite to own any of these stocks. And I just don't think there will be."

E-commerce: A double-edged sword for grocers

Another challenge grocers face is that even though their digital sales have soared over the past year, food retailers have yet to make a strong case for why that matters in terms of their profitability, Short said.

"I don't think that you could say like this has been a game-changing pandemic for grocers, other than it shifted meaningful dollar sales into e-commerce," she said, adding that to investors, digital sales are generally not a measure of success for grocers. "It's not like you announce an e-comm growth rate and [grocery] stocks go up."

According to Shields, the root of the problem is that food retailers have positioned themselves to serve online shoppers without figuring out a way to make money doing so, leaving investors to wonder whether when — or if — the money they have put into beefing up their fulfillment operations will pay off.

"Grocery is behind the eight ball compared with the rest of retail for online and digital stuff, so any progress in that sense would wow investors … [but ] there needs to be a tangible return on investment," Shields said. "At a certain point, [investors] are going to be asking questions like, 'Hey, Kroger, hey, Albertsons, when are we going to see some profits from all these investments?'"

"I think when you get into the May timeframe, that's when you see much more of a period of reckoning on whether there's an appetite to own any of these stocks. And I just don't think there will be."

Another issue on investors' minds is that grocers have become overly dependent on third-party e-commerce companies, putting them in the unenviable position of having to choose between passing on the costs those service providers charge to their customers or absorbing them into their already thin bottom lines, analysts said.

"If you're a retailer that has relied on Instacart, you've basically outsourced the biggest growth in the history of the [grocery] sector to someone who claims to be your partner" but is profiting at the supermarket industry's expense, Short said.

Scott Mushkin, CEO and director of research of R5 Capital, pointed to Walmart as a particular source of concern for pure-play grocers because the retailer does not charge extra for its curbside pickup service despite incurring costs that it doesn't see when customers visit its stores. That is creating the expectation among consumers that they shouldn't need to pay extra for the convenience of not having to enter a store, Mushkin suggested.

"Walmart is saying if you want to engage us in omnichannel, we'll do all the work for the same price," Mushkin said. "It's the opposite of charging for added services. For the pleasure of shopping the store, you're doing it yourself. So you're getting a raw deal. You’re not getting a break on price, and you're not having someone check you out."

Beyond the challenges posed by e-commerce, grocers also face additional obstacles in the coming quarters, including the likelihood that they will have to step up spending on promotions to attract customers after being able to save on those costs amid the pandemic-driven buying frenzy, said Yarbrough. Investors are concerned that those added costs would erode already small profits at a time when sales are under pressure, he said.

"I think that everyone's grappling with where the margins go," Yarbrough said.

Costs could rise as sales decline

Yet another negative on the horizon for grocers is the fact that they have largely avoided the shrink that is ordinarily part and parcel of their businesses, Yarbrough said.

"A positive to all this has been that they've had a lot less spoilage because everything's been selling out, and that's going to come back, because as demand slows, you're not going to be blowing through everything and selling out of everything," he said. "So that's another [potential] headwind for some of these guys as well."

Grocers also face the possibility that their supplier costs will rise in the coming months even as they find it difficult to pass higher expenses along to shoppers because of the highly competitive landscape they inhabit, Short said. "It looks like more cost inflation but not retail inflation, which is also a danger for them," she said.

Not everything on the horizon for grocers is troubling given that grocers have been able to build reputations as reliable sources of essential goods during a trying period, Mushkin pointed out.

"If you look at our surveys that we did during the pandemic, the number one place that people felt comfortable was the supermarket," Mushkin said. "They were open, they were decently stocked, they figured out how to keep people distant and keep people comfortable … the industry did a good job, and so there's likely to be some benefits."

Another plus for grocers is that eating out is typically less economical than buying food in a grocery store, Mushkin added. "One thing that we think is going to happen is the cost of a restaurant meal is likely to be higher exiting the pandemic. And that could actually create more demand for the food-at-home channel," he said. 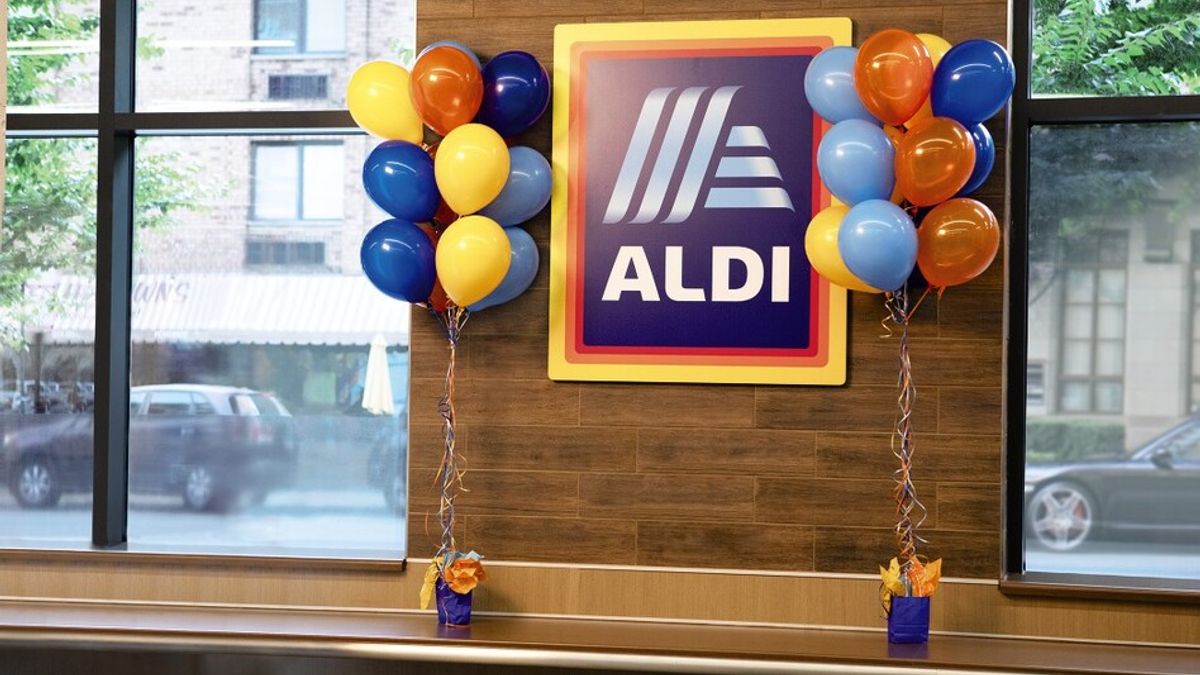 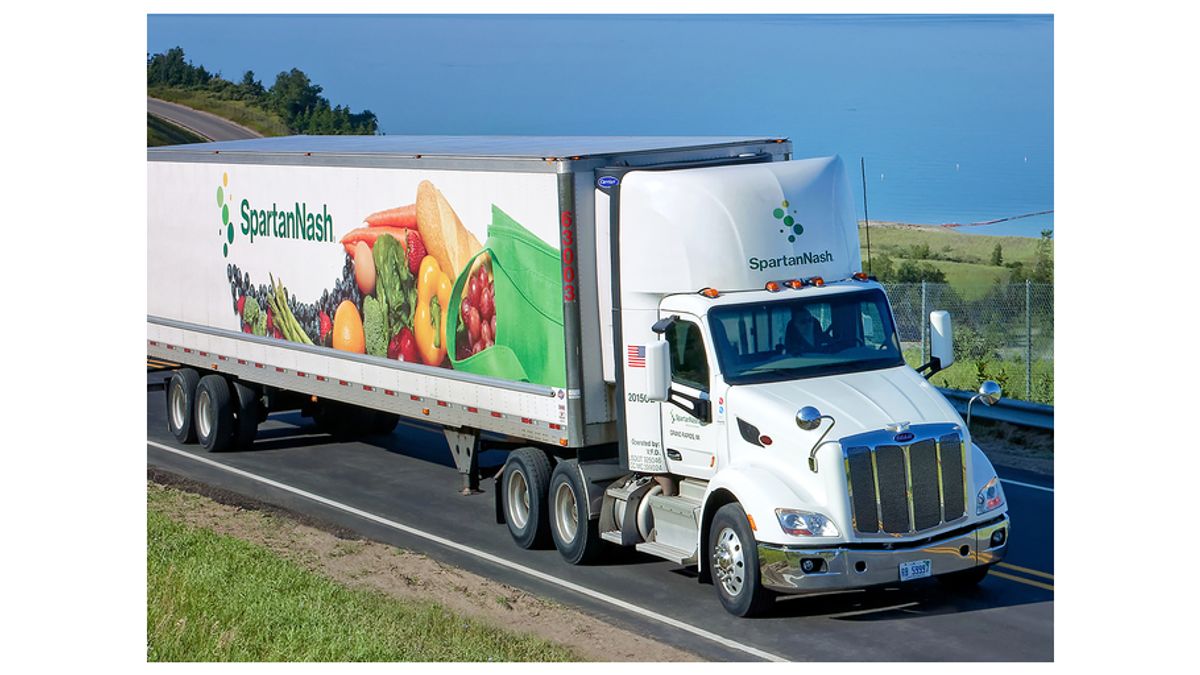 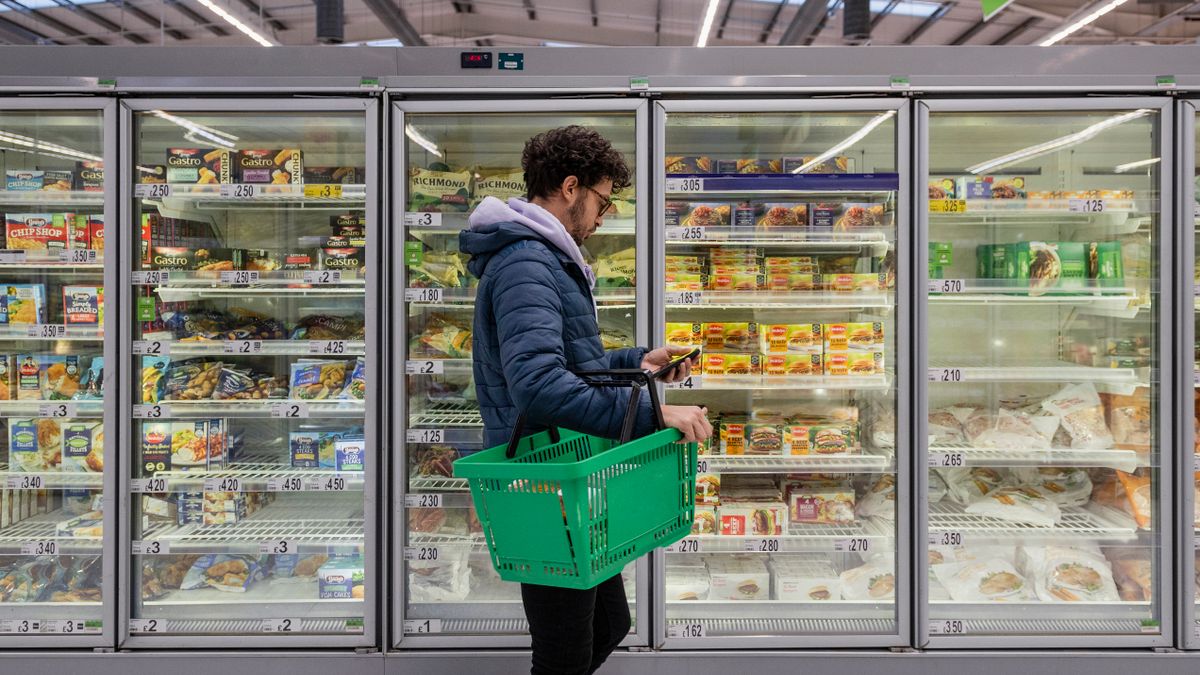 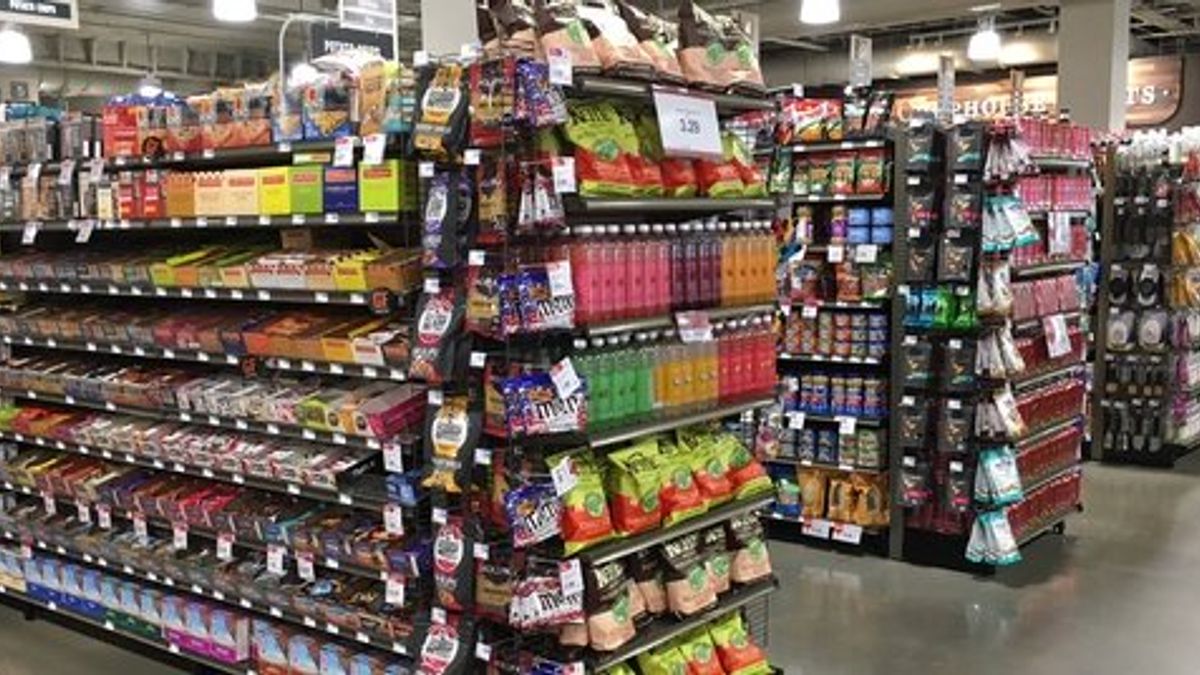 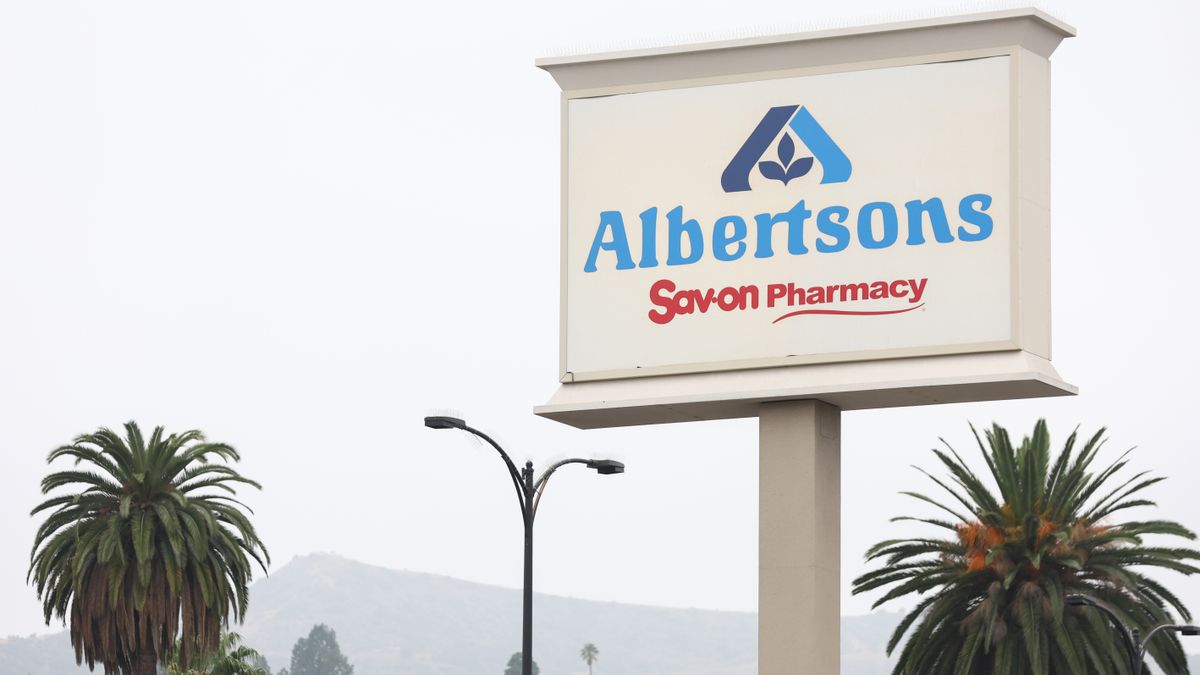 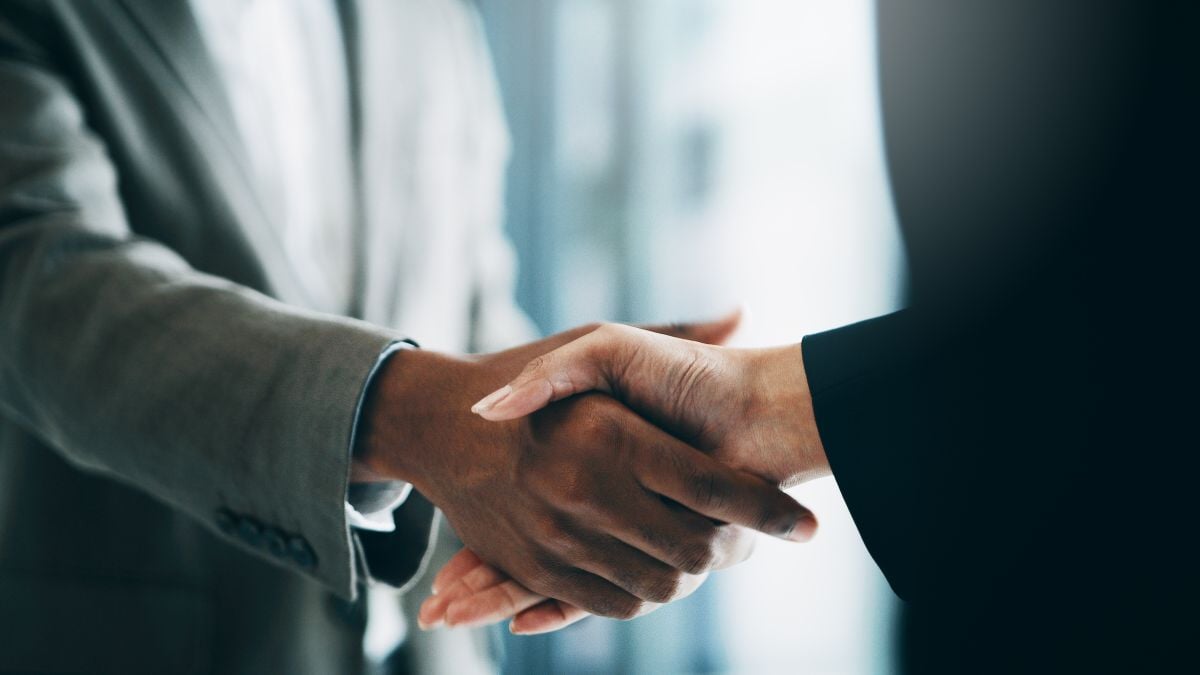 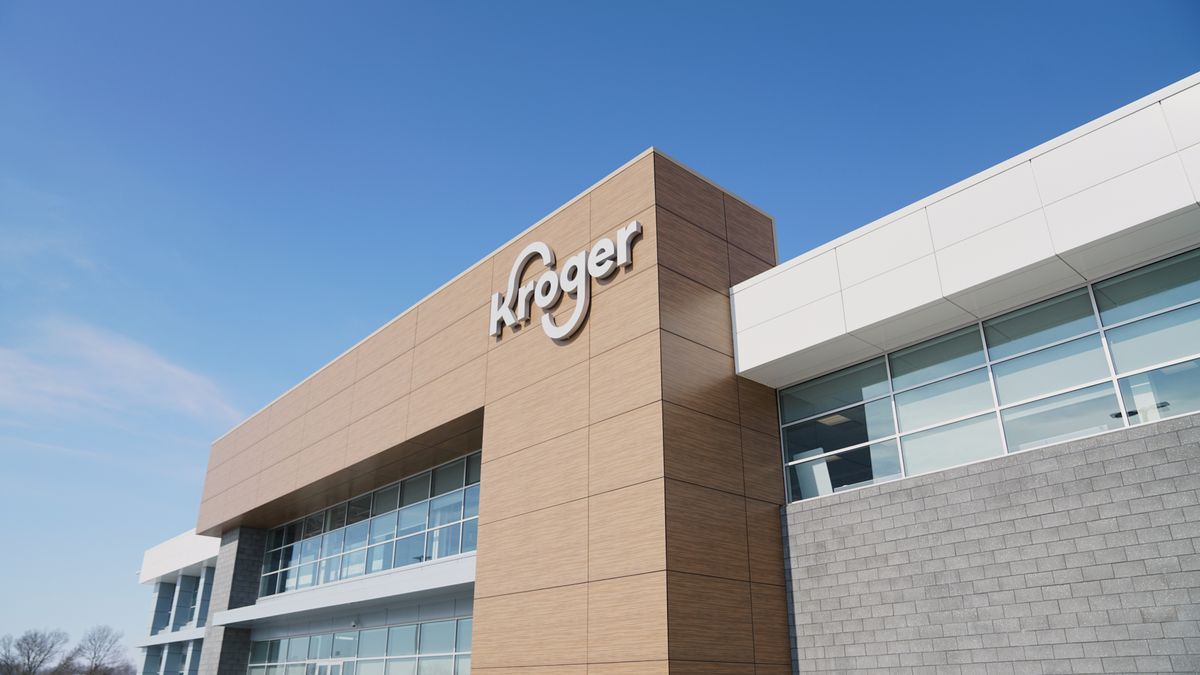 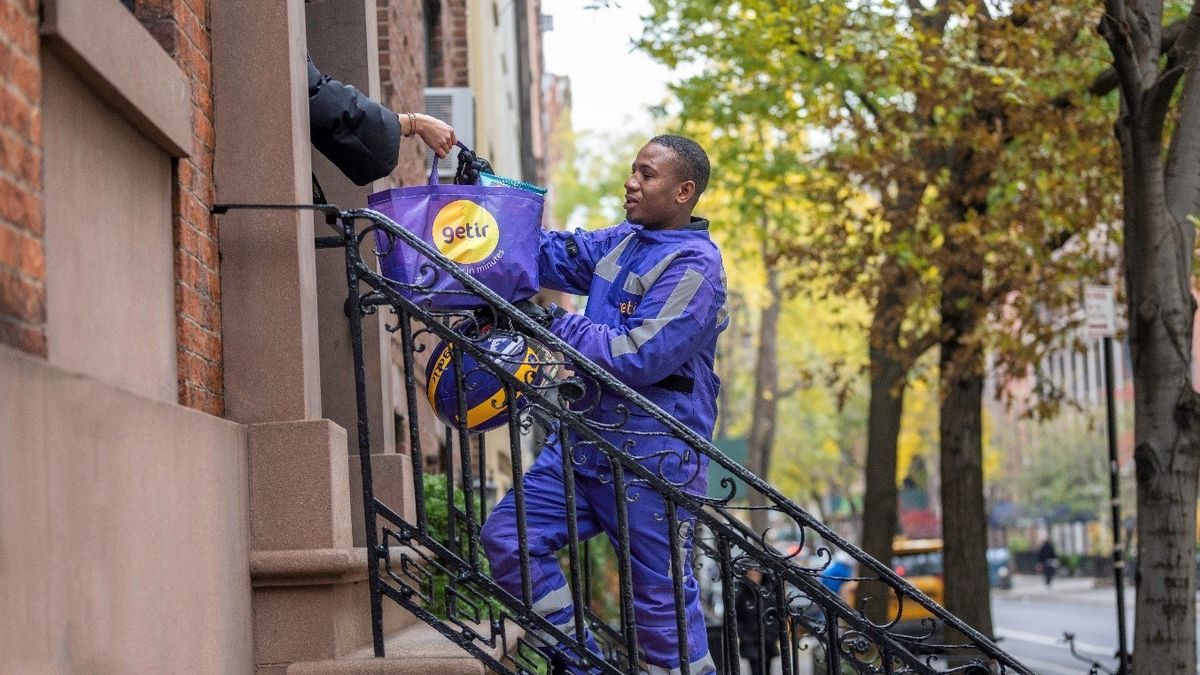 View all | Post a press release
Revionics Reinvents Science Behind Retail Promotions with New Promo Tool
From Revionics
FLEXcon Launches the Next Generation of FLEXcon® PRISMcal® Prismatic Films
From FLEXcon Company, Inc.
Foodarom Takes Flavor Innovation to New Heights with its 2023 Flavor Trends
From Foodarom
Storewise And TRUNO’s Official Partnership Offers Enhanced Operational Control to Retailers
From Storewise
Editors' picks
Latest in Finances and Deals
Industry Dive is an Informa business
© 2023 Industry Dive. All rights reserved. | View our other publications | Privacy policy | Terms of use | Take down policy.
Cookie Preferences / Do Not Sell