Can Stop & Shop 'test and learn' its way to a turnaround?

The company’s new-look Connecticut stores will be a laboratory for the chain’s future growth. But the northeastern retailer is hardly the only one trying to elevate its shopping experience.

Last week, the northeast chain flooded 21 stores in the Hartford, Connecticut market with experience-focused concepts. The updates, which also include taquerias, poke bowl stations, community-table dining and an app-based checkout system, are the beginning of a plan aimed at injecting new life into the 104-year-old chain. But at a time when many other supermarkets are scrambling to keep consumers coming back, Stop & Shop’s success is anything but assured.

The company is betting its ability to “test and learn,” as president Mark McGowan put it, will give it an advantage in the marketplace. In an interview with Grocery Dive, McGowan said the company isn't banking its future on a single look.

“No two stores will look the same,” he said. “We have a number of concepts going across the format.”

By testing out various combinations of fresh-focused enhancements, Stop & Shop hopes to unlock what shoppers are looking for, then use those findings in the next round of store updates.

The meat smokers, for example, are in two of the updated stores. McGowan said he got the inspiration from a chain in the southeast during the 18 months the company spent researching new ideas. The team originally planned to put a smoker in just one store but expanded to two after initial customer feedback was positive. Stop & Shop will closely watch to see how smoked meat sales fare and — perhaps most importantly — if they bring new shoppers into stores.

“I don’t know that there are any supermarkets in the northeast that are smoking brisket, ribs and chicken in their stores,” McGowan said.

The stakes couldn’t be higher for Stop & Shop. The company has seen sales volumes decline in recent quarters,  and it has underperformed relative to other Ahold Delhaize chains such as Food Lion and Hannaford. Stores have built out their perimeter assortment and added new signage and other fixtures — but nothing that’s really moved the dial, according to Elley Symmes, a senior analyst with Kantar Retail.

Symmes said Stop & Shop’s updates should drive more traffic to stores, but she questioned their ability to separate the chain from its competitors.

“While this is exciting from the perspective that they’re differentiating their business, other retailers are already doing things that are even beyond this,” she told Grocery Dive.

Stop & Shop competes with chains like Wegmans, ShopRite and Whole Foods that excel when it comes to in-store experiences. New Jersey-based ShopRite has been updating stores to include a broader selection of prepared foods, produce and in-store dining options. Other retailers in the northeast and across the country have been taking similar steps, with some piloting concepts that have many of the same draws as Stop & Shop’s Hartford stores.

While the chain may now have taquerias and smokers in its stores, other retailers have countered with bars, popcorn stands, expanded meat and seafood counters, health clinics and more.

“I feel like these are moves to prepare for yesterday, not necessarily for tomorrow,” Symmes said.

Still, Stop & Shop has a few advantages that competitors don’t, including Ahold Delhaize’s experience testing new concepts and remodeling stores. The company’s Food Lion brand is in the fourth year of its “Easy, Fresh and Affordable” chain-wide remodel. Even though the initiative has cost hundreds of millions of dollars, it has improved results for a banner that had long been a target of ridicule from industry observers. Sales volumes for Food Lion were up during the company’s most recent financial quarter.

Ahold Delhaize also has announced a new urban format in Philadelphia under its Giant banner called Heirloom Market. The 9,500-square-foot store should be a way to reach young, affluent consumers, Symmes said. It also seems to be Ahold Delhaize’s second try at profitable urban markets after it halted development of its Bfresh stores — a Stop & Shop sub-brand — earlier this year.

Stop & Shop’s pullback on Bfresh, Symmes said, showed the chain’s “vulnerability in implementing new store innovations.” She believes the company may have pulled back too quickly.

“That was unfortunate, because it was a real testing ground for ideas that they could also apply to their larger Stop & Shop stores and other retail formats,” she said. “So the question really has become, how is Stop & Shop going to be innovative?”

The company hopes a more localized company structure can at least partly answer that question. Last year, Ahold Delhaize kicked off a restructuring process that focused resources and decision-making processes at the chain level. This brand-centric transition has cut into sales across the company, including at Stop & Shop, but executives have said they’re confident the new structure will help its retailers more quickly respond to customer demand.

McGowan said the localized structure has helped Stop & Shop roll out its latest store updates and will help it track results and shift accordingly.

“We added 75 local vendors from the state of Connecticut in this particular store event alone,” he said. “I’m not sure it would have been easy to do that under our old structure.”

“While this is exciting from the perspective that they’re differentiating their business, other retailers are already doing things that are even beyond this.”

Stop & Shop has a few other tricks up its sleeve. Its Nature’s Promise store brand — one of the first all-natural private labels — now brings in more than $1 billion annually and has spread to other Ahold Delhaize chains. McGowan touted that brand, as well as the recently launched Taste of Inspirations, a premium line developed by Hannaford, as further examples of the retailer’s efforts to stand out from the crowd.

“That energy in our own brands goes beyond center store and nonfoods and equally is very much a big focus in our perishable departments, as well,” he said.

Stop & Shop also is migrating some of its more innovative technologies over to the updated stores and hopes to test next-generation offerings in the months ahead. Kiosks that recommend beer choices and pairings are now available at the stores, and McGowan said the company hopes to eventually integrate consumer-facing technologies like this onto Stop & Shop’s digital platforms.

“Our goal is to make our app more and more user friendly and to fully integrate it with our e-commerce platform,” he said.

As more consumers head online, Stop & Shop is boosting its alliance with Peapod, the dedicated e-grocer that produces some of the highest per-basket sales in online grocery, according to Kantar data. All of the updated stores in Hartford will offer Peapod-branded curbside pickup. In January, Stop & Shop will open an automated micro-fulfillment center (MFC) at its Windsor, Connecticut store in partnership with Takeoff Technologies. Earlier this month, Takeoff opened its first MFC in partnership with Florida-based Hispanic chain Sedano’s.

The new fulfillment center will rely on robot pickers to assemble orders — a process that speeds up picking and packing and also saves money over the long haul, McGowan said. He estimated the Windsor MFC is about 80% complete.

“More than anything else, it’s going to help us with speed,” he explained. “It’s going to get our timing as close to consumer expectations as possible.”

Symmes also sees Peapod as a strategic asset for Stop & Shop. Although analysts say Ahold Delhaize has failed to adequately promote the e-grocer and integrate it with the company’s retail stores, there are signs that is beginning to change. Whereas in the past Peapod and Stop & Shop managers were competing for sales, Ahold Delhaize revamped its incentive structure this year to ensure the two parties are working together, Symmes noted. Retail chains also are doing more to promote Peapod in their stores and online.

“Peapod has been working so vigorously this past year to figure out how it can work together with the brick and mortar business,” Symmes said. “What you’re going to see is these brick-and-mortar stores really promote the Peapod business in a much more elevated way than they did before.”

Despite its recent struggles, Stop & Shop hopes to elevate its stores into a seamless omnichannel experience. McGowan declined to specify a timeline for the chain’s revitalization but admitted it would be a long road. And it all starts in Hartford.

“We look at it as a journey, and I think what we’ve done in Hartford over the summer is step one in that journey,” he said. “We’ve certainly had some pilots before that, but our expectation is that at each stop on that journey, we’ll get better.” 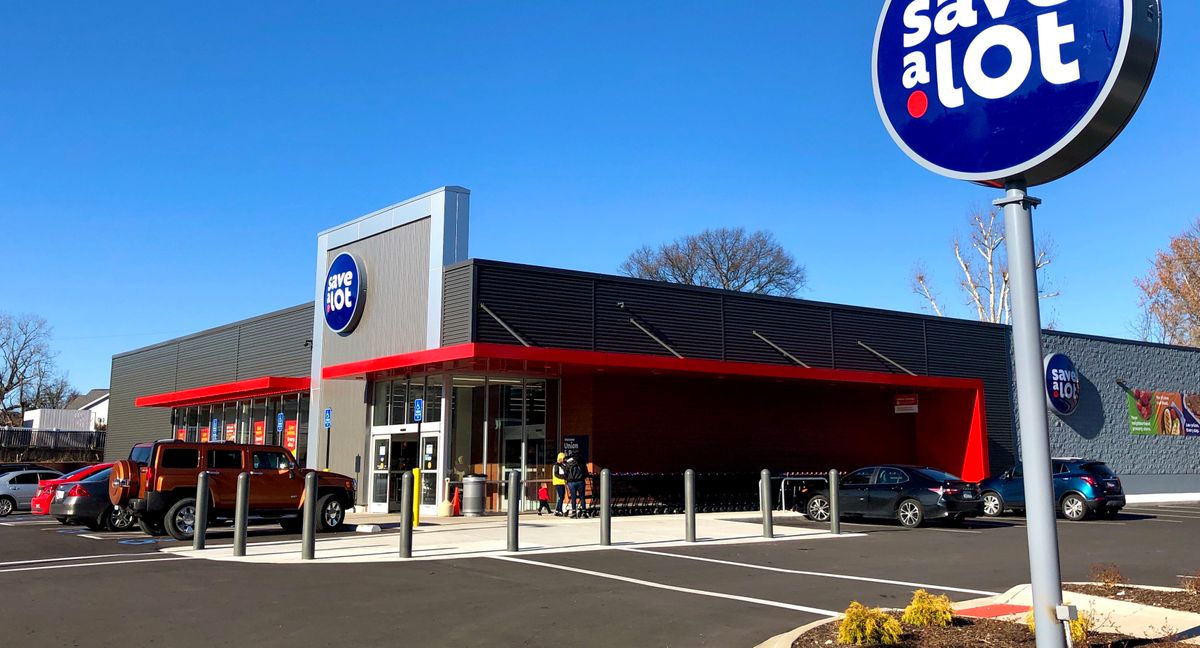