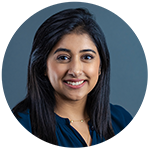 In order for Amazon to reach RBC’s expectations, the retailer needs to reduce store operational costs — particularly if the company plans to build 3,000 stores over the next few years, as reports have noted. Currently, the hardware alone costs $1 million. If Amazon rolls out the projected number of stores in the next three years, build-out costs will total about $3 billion, Morgan Stanley has estimated.

Despite concerns with initial cost and inconsistencies in stores, if Amazon Go stores can continue to generate $1.5 million in yearly sales, it could pay off those hardware costs in less than a year and even quicker if sales continue to rise. If sales do increase, it’s likely Go stores will pull consumers from not only convenience stores — the main target — but restaurants and grocery stores, too.

Traditional convenience stores in the country saw sales go up for the first six months of 2018, according to the National Association of Convenience Stores. However, convenience stores the same size as Go locations are making $500,000 a year less on average.

It's important to note that Amazon is a long way from its reported goal of 3,000 stores, with just eight currently in operation. The company has the capital to invest in rapid store growth, but its unclear how Amazon would find the resources, not to mention the real estate, needed to reach such a lofty number. Reports have noted Amazon has researched placing Go stores inside airports and other non-traditional locations — meaning the company wouldn't rely on standalone locations.

Even though Amazon’s Go stores haven’t had much of an impact on c-store sales, they have pushed large convenience store chains to invest in technology, like 7-Eleven’s most recent pilot for scan-and-go technology and enhanced prepared food selections. Amazon Go seems to have also accelerated the push by grocery stores like Walmart and H-E-B as well as restaurants like Jimmy Johns to test a scan-and-go technology.

What could really disrupt the grocery industry is if Amazon applied its scan-and-go technology to its Whole Foods stores. Amazon has said publicly it has no plans to do this, but experts aren't holding the company to its word. The integration would resonate with Whole Foods young, tech-savvy shoppers. If Amazon doesn't want to place Go technology throughout stores, it could create miniature just-walk-out markets at the front of stores stocked with prepared foods, snacks and other consumables.