Stockholm-based Lifvs oversees a fleet of unattended food stores across the Scandinavian country, some as small as 300 square feet.

In rural communities across Sweden, a fast-growing fleet of tiny, unattended grocery stores is redefining the way people in sparsely populated parts of the Scandinavian country keep their homes stocked with food.

The chain, known as Lifvs, was founded with a goal of bringing essential goods to communities that lack traditional supermarkets, often because food retailers that had been serving them went out of business and left local residents without convenient access to staples like milk, juice, produce, meat and bread, said Daniel Lundh, founder and chief operating officer of the company.

"We saw there was definitely a need for this type of service, but to be able to survive on a much lower customer base, we needed to be able to control our cost of operations to at least keep some margin and have a price point that's acceptable for the consumer," said Lundh.

The solution Lundh and his team devised was to build a technical platform that would combine the key functions associated with supplying a grocery store and handling transactions — and make it unnecessary to have staff on site to manage operations.

The first Lifvs store opened in the spring of 2019 in a customized, approximately 300-square-foot modular structure in Bålsta, Sweden, a town about 30 miles northwest of Stockholm. Two years later, the company operates 27 self-service food stores based on that model and a larger design that occupies about 500 square feet. The majority of the stores are owned by the company, but several are run by franchisees.

Lifvs, which is based in Stockholm, is on track to double its store count within two years, mostly through franchise agreements, said Lundh, who does not have previous experience in the grocery industry and previously founded a co-op in the United States to help golf club operators purchase food and beverages.

"I think a local grocery store is a perfect fit to have a local entrepreneur," Lundh said. "They know their hometown better than we do, and with all due respect for the data we collect [by running self-service locations], there are some [advantages to] being a [local] person taking care of a store."

Lifvs relies on smartphones to manage the entirely self-service shopping process that defines its business model. Shoppers use the company's mobile app to gain entry to a store, scan shelf-mounted bar codes for the products they want and pay for their selections, then walk out. There are no checkout stations in the stores, which operate 24 hours a day.

Some Lifvs stores are equipped with lockers to let customers pick up orders placed online. Staff members fill e-commerce orders when they stop by to take care of other tasks.

Lundh said Lifvs operates on the assumption that most people will not decide to leave its stores without paying, in part because its locations are located in tight-knit communities with just 1,000 or 2,000 inhabitants. That means people tend to know each other — and are likely to say something if they notice someone trying to sneak something else, he said.

The company also uses security cameras and data about people's in-store activity to flag suspicious behavior. "We try to get the system to learn [bad] behaviors," Lundh said. "So if you would unlock the door and not complete the purchase, and [do the same thing] again, we can check the cameras to see if you [stole] something."

If Lifvs determines someone has left with items without paying for them, it can disable the person's account to prevent them from returning, he said.

Lifvs is not alone in turning to unattended stores in an effort to reach people who might otherwise not have access to a food retailer where they live. In June, for example, a self-service grocery store that lets people pay for products using a smartphone opened in the rural town of Evansville, Minnesota. The store, known as Main Street Market, offers round-the-clock access to members who pay a $75 annual fee.

Other retailers, meanwhile, use arrays of computer vision-enabled cameras to let customers in certain stores make purchases without stopping at a checkout counter, although in most cases those "frictionless" locations do have workers on the premises.

"It's super quick, meaning it's easy if we want to dismantle and re-establish the store. [Since] we don't have to heavily invest in a location, we can just pick it up and move it elsewhere, if we see that it doesn't fit."

Bringing a town a grocery store in one day

The portable design of its compact stores means Lifvs is typically able to have its locations up and running within a single day and can rapidly relocate them if necessary. "It's super quick, meaning it's easy if we want to dismantle and re-establish the store. [Since] we don't have to heavily invest in a location, we can just pick it up and move it elsewhere if we see that it doesn't fit," Lundh said.

The need for grocery stores in the areas Lifvs serves is so acute that the company barely needs to invest in promotions, Lundh said. "After we establish a store, within the first month we have 84% of the people living in the community who have completed a purchase," he said.

Lundh said he and his team realized from the start that they would need to be choosy about what items to stock in the stores, the largest of which are scarcely one-fifth the size of a typical convenience store in the United States. But while the smallest Lifvs locations have only about 500 SKUs on their shelves, the stores carry a range of products — including fresh produce and meat and a range of packaged goods — that is broad enough to meet most people's daily needs, he said.

Lifvs has found that its larger stores tend to perform better than smaller locations with the same assortment because they can display a larger quantity of products at the same time, Lundh said.

To determine what items each new store should stock — and in what quantity — Lifvs first asks local residents to determine what they need when they go shopping and share that information with the company.

Once a store is in service, Lifvs relies on a combination of artificial intelligence, machine learning and sales data to determine which products to keep in stock and when to place orders for replenishment. The system has proven so accurate that the company is able to whittle the number of out-of-stocks in a given store down to about 3% of its assortment within two weeks after beginning operations, according to Lundh.

The company relies on data collected at each store to determine when items are running low and should be reordered, Lundh said. Popular items like milk automatically trigger replenishment requests well before they run low, while the company might allow slower-selling, shelf-stable products like mustard to be nearly sold out before reordering them, he said.

Managers, who are responsible for about five stores each, come by regularly to restock shelves and clean, but Lundh said the company wants its stores to be able to run for a day or even longer without a staff member having to visit.

Lundh said Lifvs is also making its platform available to other retailers to help them communicate with customers and enable them to check out using a smartphone. The company is positioning its system as a way for retailers to free up staff to handle tasks other than running cash registers rather than just a mechanism to run unattended stores, he said.

"The whole retail industry is trying to figure out how to digitize the store, and they are coming to us now to license [our] platform, which is super exciting," said Lundh. "I don't [care] if you're a grocery store or a bookstore. It doesn't matter." 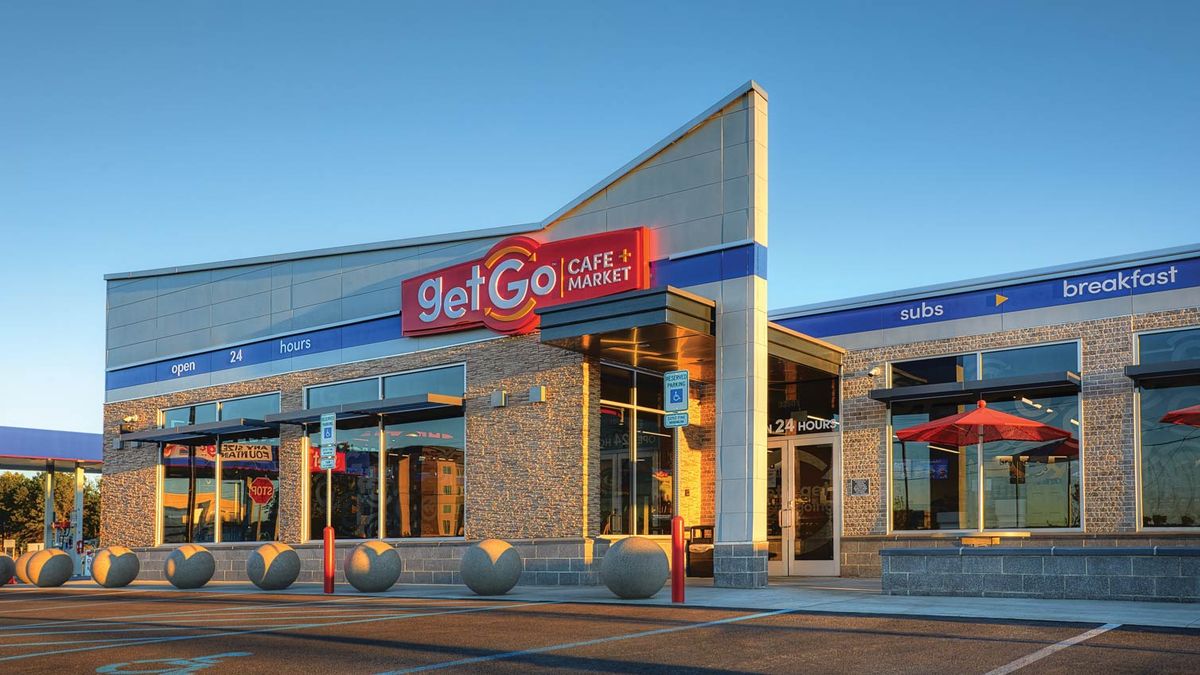 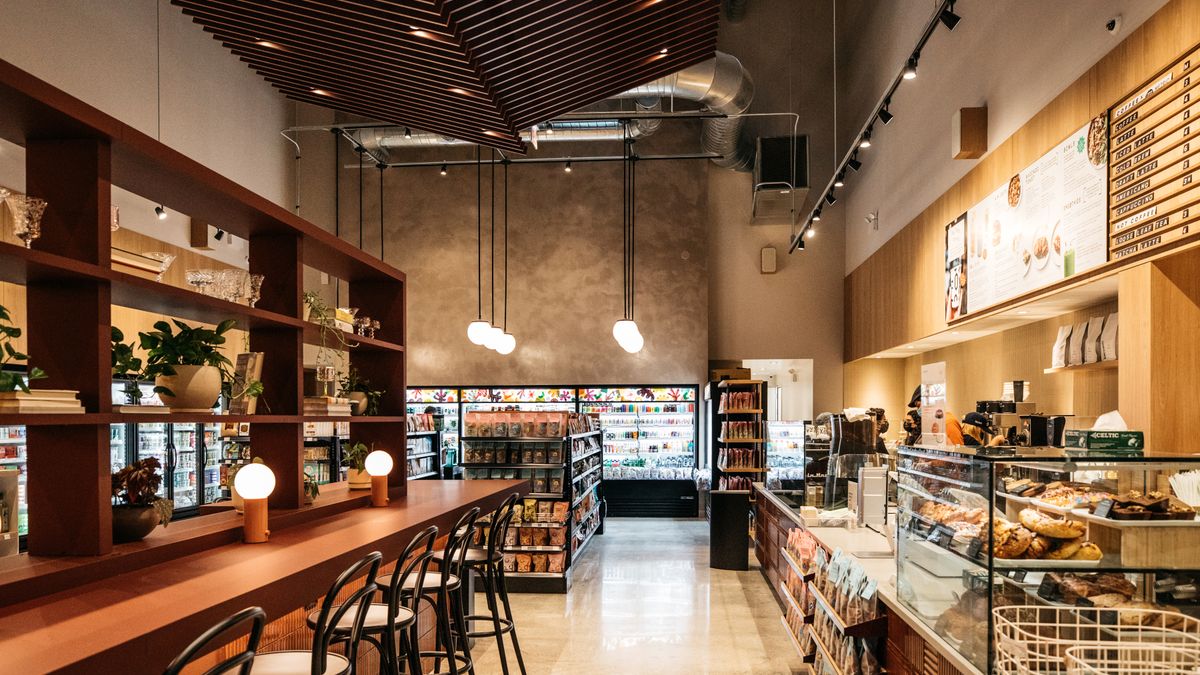 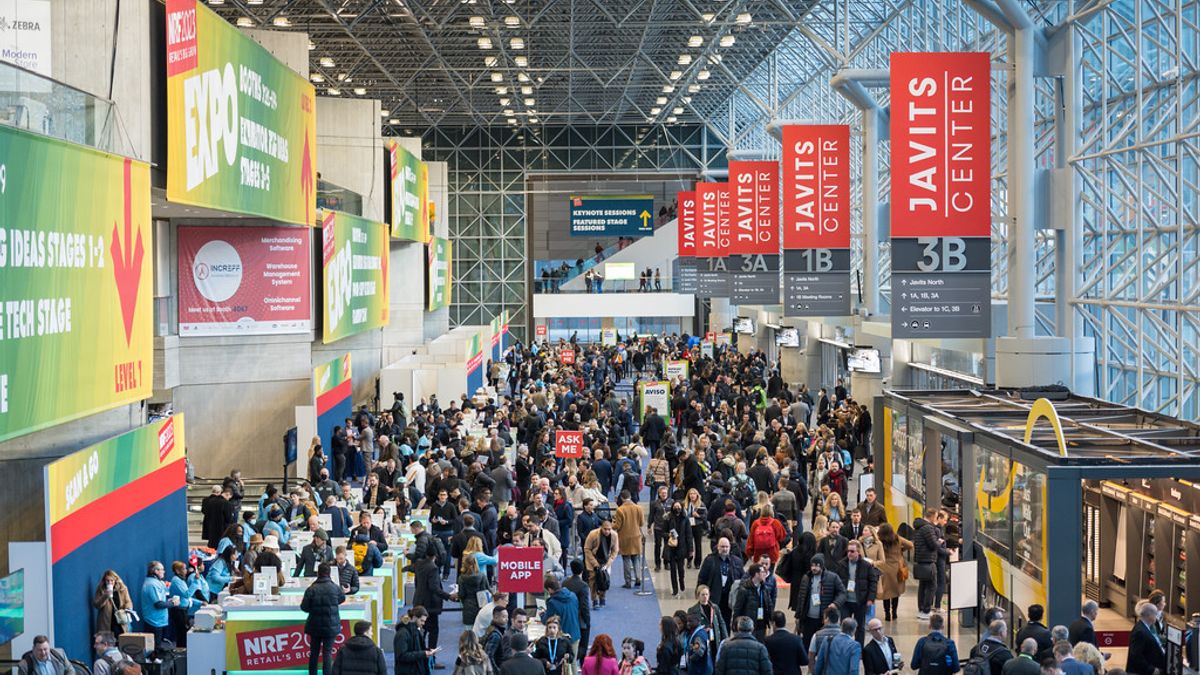 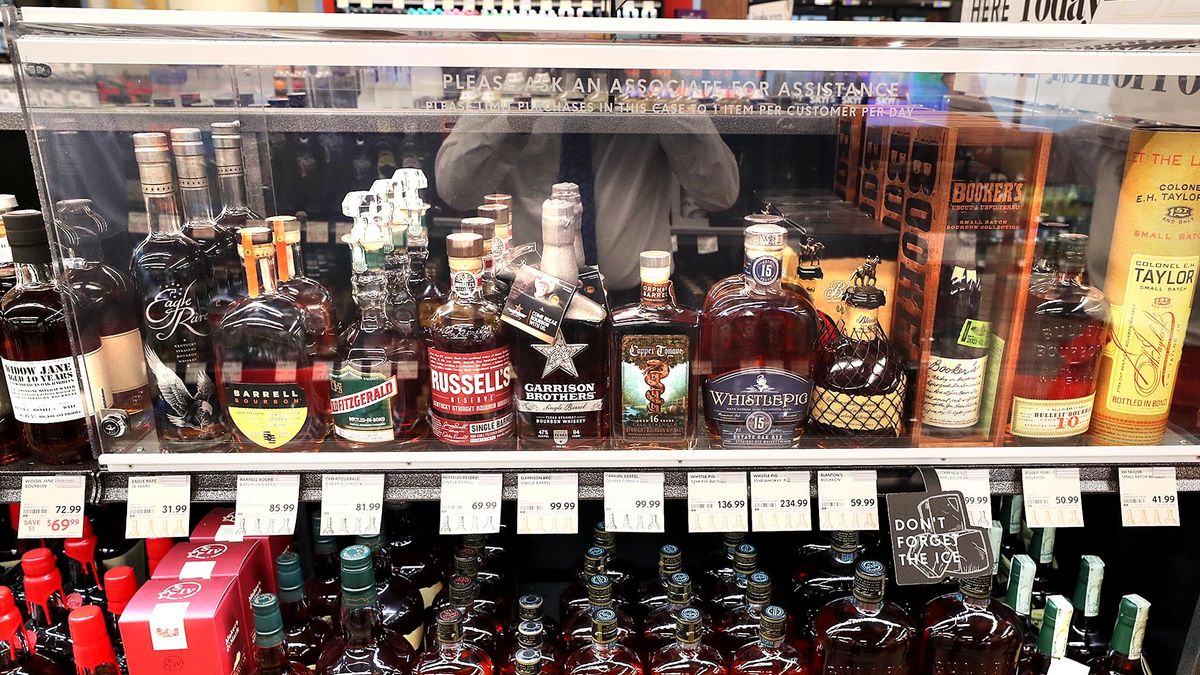 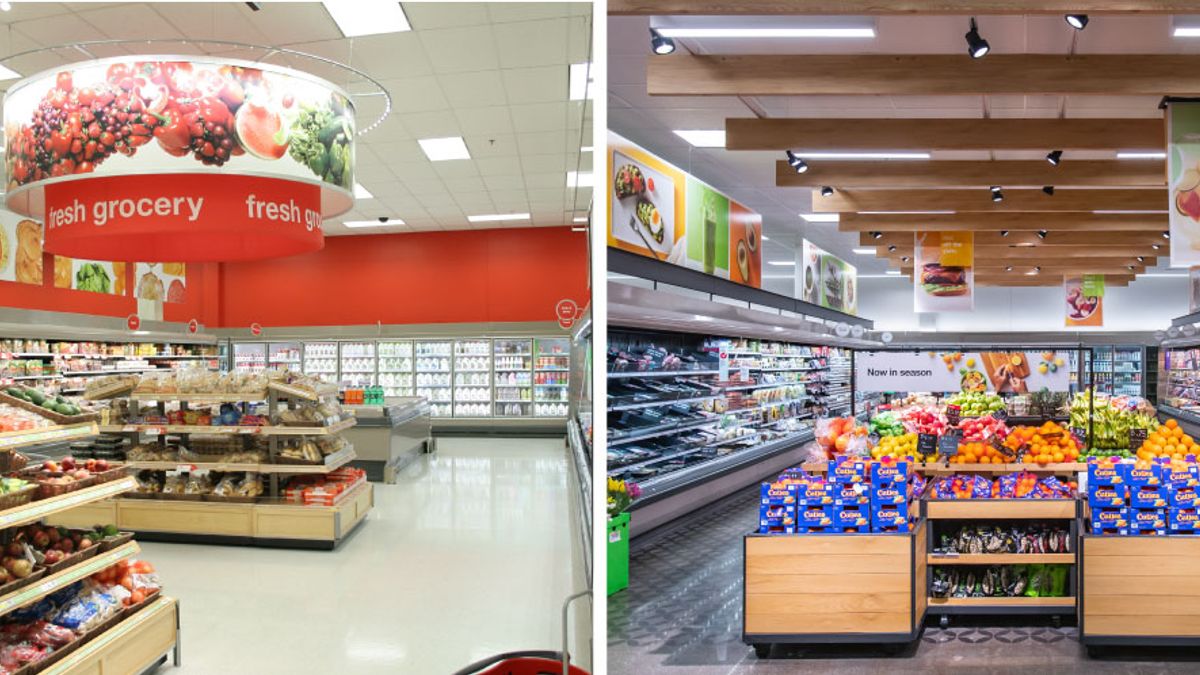 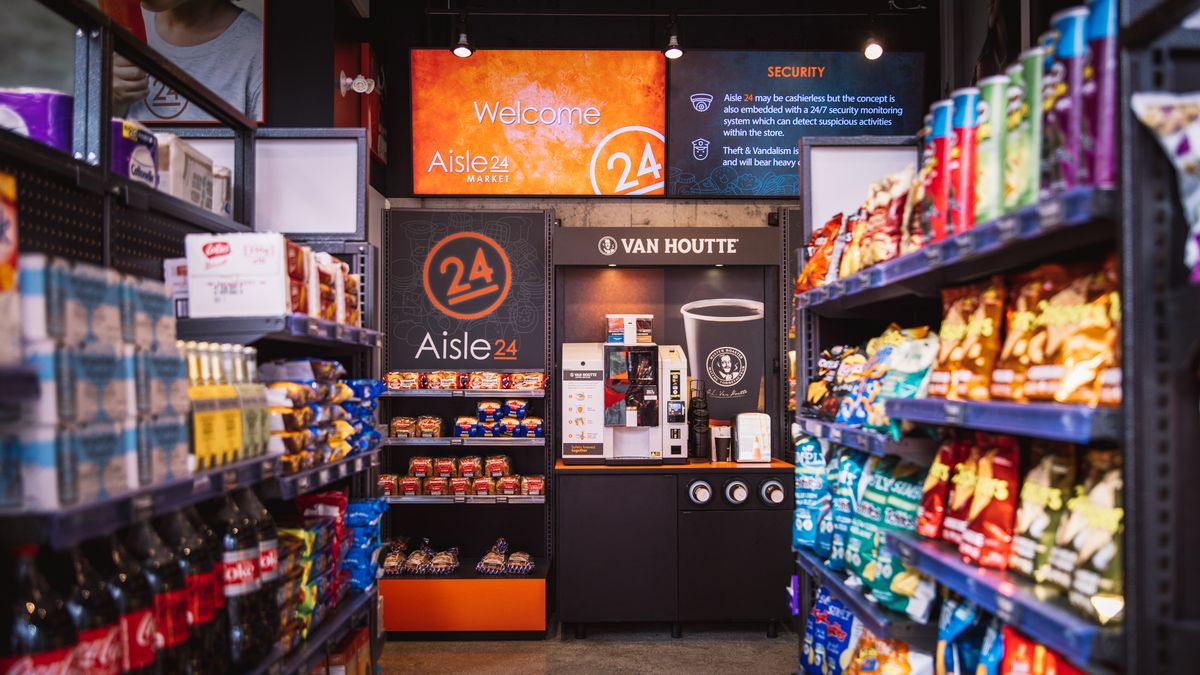 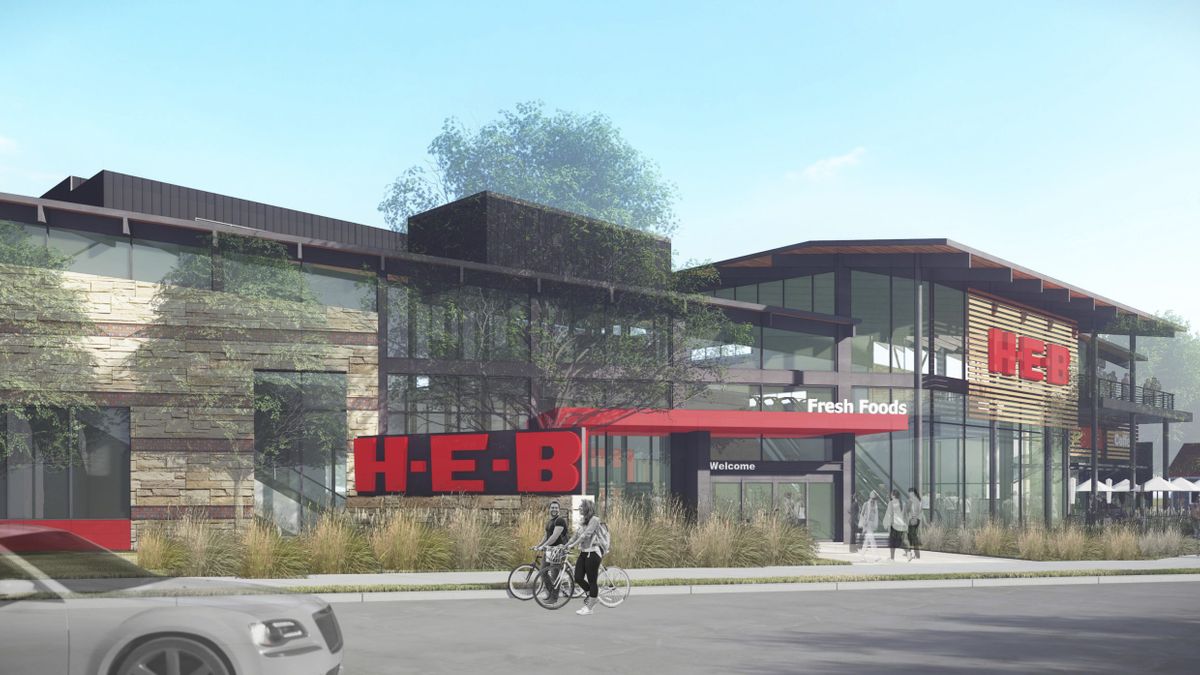